Making A List Of Penny Stocks To Buy Right Now? 4 To Watch

Are These Penny Stocks To Trade Or Fade This Week?

This week saw another surge of momentum to kick things off, with penny stocks helping to lead the charge. News from Moderna sparked an early move as traders digested the latest vaccine news. According to Moderna, its vaccine candidate was 94.5% effective. What’s more, is that Moderna’s data showed its vaccine is stable at refrigerator temperatures for 30 days. It can be kept in freezers over the longer term and doesn’t need the special facilities required compared to the Pfizer vaccine.

Meanwhile, we’ve still got a slew of new earnings coming out with eyes on retail. Companies including Walmart, Home Depot, and even Tapestry have all experienced strong growth this year. Is this the beginning of an economic recovery? While there’s plenty of optimism in the stock market, today we’re seeing a bit of early profit taking from yesterday’s move.

What’s more, is that there hasn’t been much of a slowdown in new cases of COVID-19 right now. In the U.S. alone, 11.3 million cases have been recorded with 247,000 deaths to go along with it. More states are looking for ways to flatten the curve. This includes, unfortunately, the rollback of certain reopening phases. In places like New York, New Jersey, Illinois, Oregon, and others have begun preparations ahead of Thanksgiving week.

So what are some sectors traders are monitoring right now? Reopening stocks or “epicenter stocks” have been the center of attention with things like tech taking a back seat earlier this month. However, it looks like there could be a slight rotation back into things like tech, biotech, and energy at the start of the week.

We still can’t forget all of the quantitative easings that’s been done and as a result, we’re seeing a flight to safe-havens 2.0. Many are now seeking out Bitcoin and cryptocurrencies as a place to “store wealth”. The price of bitcoin has now surged to levels not seen since 2018, steadily approaching $17,000. So there’s a lot to unpack right now.

Needless to say, we’re heading into the last full week of November. The markets are within striking distance of record highs, and hopes are high that the economic rebound is closer than before.

Bitcoin and blockchain stocks are hot right now. Shares of Marathon Patent Group (MARA Stock Report) have experienced a sharp uptick in activity over the past few months. The company has established itself as a top name among crypto miners. Marathon has big plans heading into 2021 as well.

One of the things that traders are anticipating is strength going into the new year. This is because Marathon previously announced the purchase of another 10,000 S-19 Pro Miners. These are scheduled to begin in January 2021 and will be completed by March 2021. The company’s also got a deal in place with Beowolf Energy for a 105-megawatt bitcoin mining data center. By the second quarter, the company is expecting to have over 23,500 miners deployed equating to a 1,100% boost in mining capacity.

While Mogo Inc. (MOGO Stock Report) isn’t one of the “blockchain stocks” per se, the company does focus on Financial Technology applications. This week, MOGO stock shot higher after news that the company acquired digital payments technology company, Carta Worldwide. The deal adds a B2B payment platform targeting the global payments marketplace. Considering that over 85% of Carta’s revenue is from international transactions, it could be a good move for Mogo.

David Feller, Mogo’s Founder and CEO said “By using Carta’s payment processing engine, we expect to enhance Mogo’s digital wallet capabilities which includes the development of our upcoming peer-to-peer payment solution, and – when combined with our digital front-end capabilities – we see great opportunity to power the next generation of platforms globally.”

MOGO stock has become synonymous with volatility. Shares aggressively broke out several times over the last few weeks. If this is on your list of penny stocks to watch right now, keep that in mind.

Another fintech penny stock, Canaan Inc. (CAN Stock Report) has seen a great November so far. Since the beginning of the month, shares of CAN stock have climbed from around $2 to highs of over $3.80 this week. This move has been fueled by sector strength for the most part. The last time Canaan actually released news was in September with news of a $10 million share buyback program.

The company itself develops supercomputing chips and manufactures digital blockchain computing equipment. It also supplies the overall scheme for computer software and hardware of digital blockchain. With a surge of interest in Bitcoin and blockchain stocks, CAN has become part of the conversation recently. The biggest question is whether or not this momentum can remain intact this month.

Many times, when it comes to sympathy or sector strength as opposed to a company-specific catalyst, a stock’s move is at the mercy of the overall trend. Whether or not that is the case with CAN is to be seen. For now, shares continue surging and cryptocurrency prices rise.

Another one of the hot industries right now is energy. Specifically, we’re seeing a jump in interest in names dealing with alternatives to standard oil and gas. FuelCell Energy (FCEL Stock Report) has been on our lists of penny stocks to watch for weeks now. Shares have surged from around $2 to highs of over $4.50 this month alone. The surge was helped by growing intrigue stemming from the likes of Plug Power (PLUG Stock Report), which has established itself as a name to know in fuel cell energy production. It’s also interesting to note that PLUG was also trading as a penny stock earlier this year.

In a similar manner as Plug early on, FuelCell has begun to expand its reach and signed new deals. The most recent came from the U.S. Department of Energy. FuelCell was awarded an $8 million funding to support the design and manufacture of a SureSource electrolysis platform capable of producting hydrogen.

While this type of surge is incredible, it might also pose risks of an exhaustion-type move. Tuesday’s gap up saw FCEL stock trading over 14% higher than its previous close. So if it’s on your list of penny stocks to watch right now, be aware of this technical set-up. The last time FCEL tested these levels was back in April of last year. It ended up failing to break higher and ultimately slid back soon after. Will that be the case this time around? 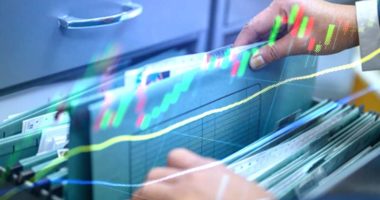 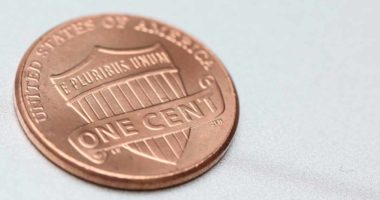 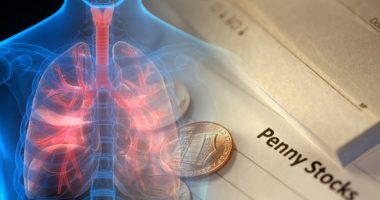 Penny Stocks Analysts Are Bullish On In Biotech