When we talk about “trending penny stocks” there are a few ways to define that. Something could be trending for a day, a week, and even a few years. Most notably with these cheap stocks under $5, the trend is usually observed during a short-term timeframe. But what about the not-so-usual? This year is one of the wildest years I’ve seen especially for penny stocks. There were companies that never traded below $10 that became penny stocks.

There were also plenty of these low-priced stocks that went on to “graduate” from the sub-$5 levels to go on to much higher prices. It has been the latter, which has come into focus most recently. Higher volume trends, generally strong price movement, and company catalysts to go along with it tend to spark these longer-term trends for stocks.

Does it matter about the industry the stock is in? Not necessarily, however, biotech, energy, and technology have received a fair amount of attention from bullish traders in 2020. Right now we’ve also got several broader catalysts to consider including just a “small event” next week; the U.S. Presidential election.

[Read More] Can You Make Money With Penny Stocks? 4 To Watch Before Tomorrow

Aside from that, there are other things to consider. Stimulus talks continue to hit resistance while certain economic data suggests that the economy might be trying to gradually recover. U.S. durable good figures came out during the premarket session on Tuesday showing higher than expected figures. This is usually a good sign when it comes to the U.S. dollar strength. How that will translate into Tuesday’s regular session is what we’ll all be looking for. Right now, however, there are several penny stocks trending this week; some already up big this year.

GT Biopharma Inc. (GTBP Stock Report) has climbed consistently throughout the year. On January 2nd, the biotech penny stock traded around $0.10. This month, GTBP stock tested highs of $0.25. This has been a level that the penny stock continues to test as an upper limit since June. Meanwhile, trading momentum since the end of September has continued building up.

The latest surge hasn’t come by chance. GT Biopharma has made several key updates and will also have a few upcoming milestone dates to consider. The company’s TriKE™ platform is the backbone for its treatment pipeline. With this, the lead candidate, GTB-3550 is initially targeting acute myeloid leukemia. But TriKE™ itself has been evaluated in ovarian, breast, prostate, pancreatic ductal adenocarcinoma and lung cancer models.

After a positive update on Dose Level 3 results in its Phase I/II GTB-3550 trial, the company announced that interim data on the trial was chosen for presentation at the ASH conference in December. What’s more is that the company explained in a PR that, “your abstract will also be published online in November supplemental issue of the journal Blood”. The first publication will be in the online ASH meeting program on November 5, 2020. GT Biopharma’s also seen progress with TriKE™ in a recent publication in the journal Cancers researching it along with a B7-H3 protein.

“We are pleased with the results of the research, and expect to advance a B7H3 TriKE™ product candidate to clinical development.”

You may remember a few days ago when we first discussed Ever-Glory International Group Inc. (EVK Stock Report). The penny stock caught a spark of momentum and ended up rallying to highs of $6.76. One of the big drivers for momentum last week came from China-based companies. We saw a surge in lower-float Chinese penny stocks almost every day of the week last week. Ever-Glory is a branded fashion apparel retailer based in China. With an outstanding share count of less than 15 million shares and some sites showing a float below 5 million, that obviously made things very volatile.

Still, this week, we’re seeing more momentum building without any apparent news. One thing we might be able to allude to is the reports earlier this month in China’s economic recovery. Could this be fueling retail stocks? China is actually leading the charge for a global recovery based on its latest GDP data. The near-5% growth is a far cry from the drop the Chinese economy suffered at the start of 2020. During the first few months of the year, China’s economy actually shrank by almost 7%. Manufacturing shutdowns were a huge factor in that sense.

Iris Pang, chief China economist for ING in Hong Kong explained in a BBC interview, “Job creation in China is quite stable which creates more consumption.”

In light of this, has China’s apparent economic boom become a broader catalysts for the recent surge in Chinese penny stocks like Ever-Glory?

Similar to EVK, Marin Software Inc. (MRIN Stock Report) also saw a recent surge in trading activity recently. The focus for some traders last week was on a 2019 article discussing the idea that Marin could be an acquisition candidate for Big Tech. Whether there was any weight to that at all, it was more speculative than anything else. I mean, it was something over a year old. But whatever that might’ve been in actuallity, it was a catalyst of sorts.

Heading into this week, Marin is still on the watch list. However, the latest move came after formal news from the company. Marin announced preliminary financial results for its 3rd quarter. These included a net revenue estimate of $6.8 million as well as a non-GAAP loss in a range from $2.7 million to $3 million compared to last year’s Q3 loss of $2.9 million. The enterprise marketing software company is also expecting to record roughly $9 million in cash and cash equivalents for the quarter.

If you’re just coming across the company, Marin is a cloud computing stock. Its software solution is designed to help customers gauge the impact of advertising campaigns through its reporting and analytics capabilities. The company also helps manage and execute campaigns through its user interface streamlining and automating functions. With the rise of interest in cloud computing stocks, following the Snowflake IPO, this could be one of the names to watch right now. 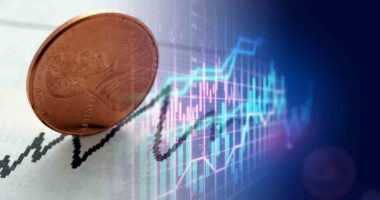 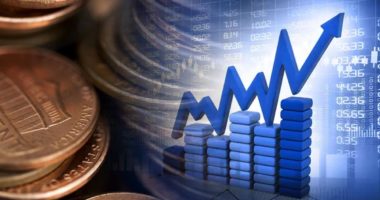 Why these penny stocks are trending with investors right now 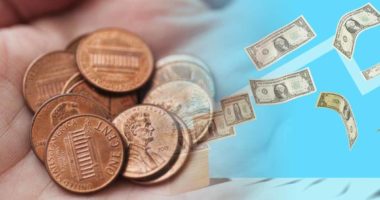 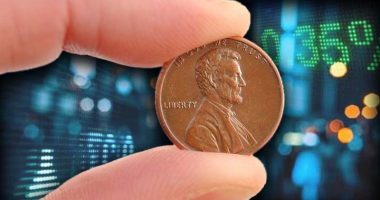