Are These Penny Stocks On Your Radar Next Week?

Do you trade or invest in penny stocks? Maybe you do both and whatever your long or short term strategies are, the goal is the same: make money and repeat the process. When it comes to these cheap stocks, it might be easier said than done. Outlining a proper strategy can turn your win/loss rate around, however.

But there’s more to it than just win vs loss. The point of focus should be keeping losses small and consistently making gains. A few articles ago, I talked about how consistency is important. You can make “winning trades” more than “losing trades”, however, if the goal is making the most money, win vs loss doesn’t matter as much as how much you make or lose.

You started with $6,000 but are actually down on your overall cash because your losing trades were far worse than your winning trades could outperform. So keep this in mind as we head into the new week. The goal is obviously to make winning trades but I’m sure anyone would rather take a worse win/loss ratio in lieu of making more money trading penny stocks at the end of the day.

One of the ways that day traders achieve this is by taking up a simple strategy called tier trading. While this article won’t go into the definition of penny stocks and how to trade them, I’ll touch a bit on this approach. The basics are simple. Each tier is a larger or smaller portion of your trade. Tiering into a trade can allow traders to “test the waters” before fully committing to a stock’s next move. For instance, if you take a small “test” on a penny stock you feel could climb, but it doesn’t and ends up falling lower, you’re only taking a loss on a small position rather than a full-sized position.

Similarly, if the trade works in your favor, you’ve secured a nice, low cost-basis to build a larger position off of. As the trade continues working in your favor, you can scale in with larger position sizes. Furthermore, if or when that trade remains in the trend you wanted it to move in, you can begin selling off pieces of your position. This strategy allows traders to cut small losses quickly and stay in winning trades longer. Check out a more in-depth discussion on tier trading and more in this video:

Regardless of your approach to trading, make sure you’ve got a plan that works. That’s the main point. Going in blindly, not knowing where to enter, what profit targets you should have, or actually how to sell stocks isn’t the best approach. However, if you do have a strategy and have mastered it, then it’s time to take a closer look at a few penny stocks trending at the end of the week. Will they be on the buy or sell side of your list next week?

While pandemic penny stocks have been “a thing” for the last several months, Waitr Holdings Inc. (WTRH Stock Report) has been on our list of penny stocks to watch for much longer. If you’ve been a long-time reader, you’ll remember this company from last year. At the time, there really wasn’t much to discuss besides some irregular volume. In fact, WTRH stock was more along the line of a speculative hype stock than anything else in my opinion. However, over the better part of the last year, we’ve actually seen an evolution, first-hand. In a press release Carl Grimstad, Chairman and CEO of Waitr, actually came out and said that “distractions resulted in a lack of focus on our customers and operations.”

While there are countless penny stocks that are simply breakout trades with minimal corporate development, there are plenty of others with management that actually take accountability. Whether or not Waitr ends up becoming that will be up to them. However, this was an interesting step taken by a company that had been very quiet for months on end. Needless to say, WTRH stock has managed to climb as high as $5.85 this year. After consolidating in August and trading sideways in September, October appears to show a bit of momentum building back up. Furthermore, after Friday’s close, WTRH stock traded higher during aftermarket trading, reaching a high of $3.35 before all was said and done.

The company, compared to a “mini” Uber Eats (UBER Stock Report) or Grub Hub (GRUB Stock Report), focuses on under-serviced communities by these larger cohorts. Most recently, Waitr announced that it launched tableside service technology for restaurants. Through the scanning of a QR code on a smartphone. The product allows diners to access the menu from the table. They can then place an order, pay, and tip all in the Waitr app without contact. With a broader focus on a contactless world, this adds to the current tech offing of the company. It could be something to take account of as the pandemic continues changing what our “new normal” becomes. Year-to-date, WTRH stock is up 831%.

CTI BioPharma Corp. (CTIC Stock Report) is another one of the penny stocks we’ve watched for a while. Ever since last December, CTIC stock has captivated investors’ interests. During the span of the past 10 months, shares have experienced breakouts, break downs, sideways trading, and, most recently, a large spike in momentum.

On the 29th we discussed CTI’s recent momentum, which ended up triggering a huge move in the stock. Shares ended up jumping from $1.05 to highs of $3.68. Following some slight consolidation over the last week and a half, CTIC stock caught another spark late last week. In fact, on Friday afternoon, the penny stock closed the regular session at $3.17 and continued on to a high of $3.33 after-hours.

As far as the company’s concerned, it focuses on targeted therapies for blood-related cancers. It seems like ever since Gilead announced its acquisition of Immunomedics for its cancer platform, immunotherapy stocks have been a bigger focus for traders. Last week the company commencement of a rolling New Drug Application (NDA) submission to the FDA.

It’s seeking approval of pacritinib as a treatment for myelofibrosis patients with severe thrombocytopenia. CTI previously announced results of a Pre-NDA meeting with FDA as well. An agreement was reached on an NDA submission package based upon available data from the completed Phase 3 PERSIST-1 and PERSIST-2, and the Phase 2 PAC203 trials.

Adam R. Craig, M.D., Ph.D., President and Chief Executive Officer of CTI Biopharma explained, “We have started pre-commercial activities and are planning for a commercial launch in 2021, subject to priority review.”

Year-to-date, CTIC stock is up over 90%. Read more CTIC stock articles on PennyStocks.com.

NewAge, Inc. (NBEV Stock Report) experienced a more volatile year, compared to CTIC and WTRH. Year-to-date, NBEV stock is up a “modest” 31%. But as you can see from the chart, that move hasn’t come quietly. Earlier this year, the penny stock hit a low of $0.98, bounced back, then fell again to lows of $1.52 in late September. Needless to say, since that dip, NBEV shares have steadily climbed.

One of the things to consider is that NewAge has gone through a transitionary phase. Prior to this year, its focus was more so on the cannabis sector. Its portfolio of beverages became a popular topic at times. However, due to the lack of optimism surrounding marijuana stocks in more recent times, NewAge took a different approach. The company said that it sees “significant opportunities in the broader consumer goods landscape”. NewAge is taking an omnichannel route to market. In particular, it’s focusing on a direct to consumer and e-commerce presence in major markets.

Last week the company announced that ZenWTR was added to its portfolio via NewAge’s DSD Division. According to the company, it’s on track to “record double-digit organic growth” in 2020 over 2019. While this may or may not end up as the case, there is something clear. That is, NBEV stock has traded in a consistently bullish trend over the last 3 weeks. Will that remain the case next week? 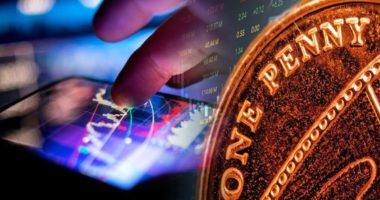 These penny stocks exploded last week, are they worth buying? 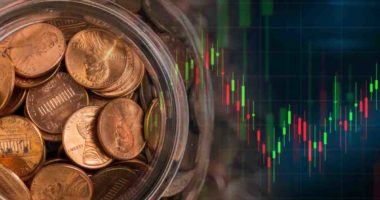 Penny stocks with huge potential according to analysts in 2022. 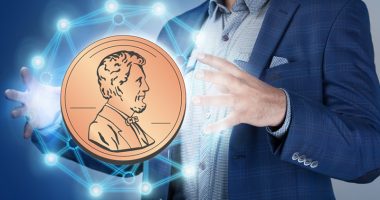 Can These Stocks Continue Higher Before Friday? Over the course of the… 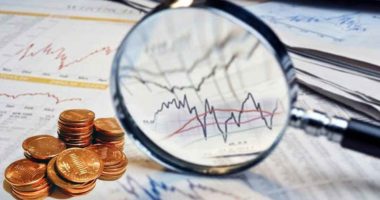 Penny Stocks To Buy For Less Than A Cup Of Coffee But Are They Worth The Risk?