Penny Stocks To Watch As The Economy Continues To Re-Open

Epicenter stocks and, specifically, epicenter penny stocks have become a larger focus for some investors this year. If you’re not familiar with what epicenter stocks are, let me give you the general definition. Initially coined by FundStrat Head of Research, Tom Lee, epicenter stocks are ones found in sectors like consumer discretionary, industrials, technology, energy, and even health care.

The idea behind these stocks, according to Lee, is to focus on “12 months from now…technology and health care and re-engineering are going to make things safer…the stocks that benefit from this really are the epicenter stocks.”

So whether or not you believe in this epicenter theory, it has shed light on certain penny stocks. Namely, we’ve found a broader focus placed on health care and tech among the laundry list of sectors considered “epicenter”. But you should also consider that for many penny stocks, people are usually trading things.

So when you think about epicenter penny stocks, for instance, your time horizon may be slightly different when compared to blue-chip stocks, for instance. While the economy continues to struggle, there have been glimmers of hope. Jobs numbers have steadily reported lower unemployment while more and more states are experiencing lower cases of coronavirus. Does this mean we’re out of the woods? I’ll leave that answer up to you.

AgEagle Aerial Systems Inc. (UAVS Stock Report) is no stranger to big moves. Unlike many of the penny stocks that broke out in July, UAVS. has held its general uptrend. Furthermore, even accounting for the sporadic breakouts in 2020, UAVS stock has continued climbing higher since mid-March.

In fact, when we first began looking at AgEagle this year, the company had just received a follow-on purchase order for commercial drone small package delivery vehicles. Since then, the speculation on its involvement or lack thereof with a certain eCommerce company have been flooding social media.

Adding to the speculation was AgEagles choice in site selection for its new manufacturing facility; Wichita, Kansas. That same, large, eCommerce company had also confirmed a distribution site in Wichita. Nothing has been confirmed to date as to the validity of any of the speculation. However, AgEagle has managed to turn heads going into September. Not only will the company present at a large investor conference next week, UAVS stock could have also benefited from something else.

The FAA has been granting approvals for drone operations. This week, Amazon was the latest to join UPS and Alphabet-owned Wing, who previously won FAA approval for their drone delivery operations. Will this continue having an impact on UAVS as well?

Consumer discretionary has become a staple among epicenter stocks. New Age Inc. (NBEV Stock Report) has been a bit confusing to investors during a period where the company made a few shifts in its business model. While the main storyline for the company had focused on cannabis, that has changed recently.

In a corporate update in July, the company stated, “Although NewAge remains committed to the beverage category in all channels, and beverages still represent almost 50% of the Company’s portfolio, NewAge sees significant opportunities in the broader consumer goods landscape, leveraging its unique omni-channel route to market, and, in particular, its significant direct and e-commerce presence in major markets around the world.”

The company’s IP encompasses 11 patents. Its IP portfolio encompasses everything from electrolyte replacement and cardiovascular health to radiation protection and diabetes treatment. Furthermore, in its last quarterly report, New Age showed over $60 million in Q2 standalone revenue. That was specified according to the company that could double after its planned merger with ARIIX and 4 additional eCommerce/direct selling companies. New Age stated that it is expected to create an over $500 million global healthy product leader.

With the pending merger expected to close sometime in the 3rd quarter, it’s not surprising to see some speculative momentum. Additionally, what has also helped fuel speculation is a simple tweet from ARIIX saying, “Something big is coming” with an image showing “Coming Fall 2020”. Whether or not that has anything to do with New Age at all is up in the air but it has been a point of focus.

What list of epicenter stocks would be complete without a biotech/health care company? Xeris Pharmaceuticals Inc. (XERS Stock Report) is more on the biotech side of that coin. The company works to utilize its formulation technology platforms to develop ready-to-use injectable and infusible drugs. Last week we discussed XERS stock just a few days after appointing a new President and COO, John Shannon.

Prior to this, in July, the company released more data from a Phase 1b Comparative study of its concentrated diazepam formulation, XP-0863 for seizures. The FDA provided feedback that Xeris’ drug development program could advance directly into a Phase 3 registration study in both pediatric and adult patients with epilepsy. No further dates were given as far as commencement of this Phase trial. However, it is a sticking point for some traders looking at XERS stock.

Xeris just came off of a strong quarter where it saw Gvoke net sales reach $2 million and Gvoke PFS prescriptions great 72% quarter over quarter. This is the company’s first commercial product. It’s indicated for the treatment of hypoglycemia in adult and pediatric patients with diabetes over 2 years old. With an active pipeline in multiple phase trials, XERS has captivated the attention of biotech traders this year.

Analysts at Mizuho recently reiterated their Buy rating on the stock and hold a $14 price target. Other analysts covering the stock include Royal Bank of Canada, SVB Leerink, and Piper Sandler. These firms hold price targets ranging from $10 to $15 right now. 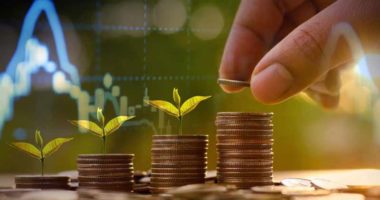 What’s On Your List of Penny Stocks To Watch In October 2020? 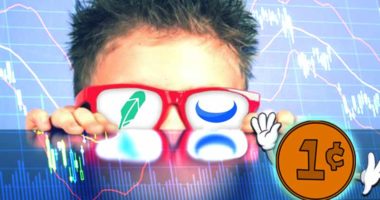 Penny Stocks To Buy On Major Brokers But Is The Risk Too High? 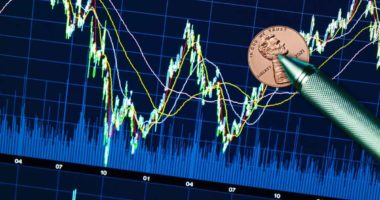 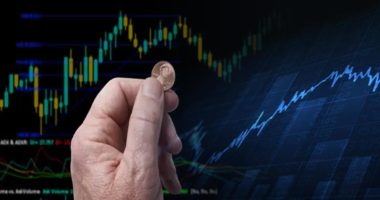