Looking For Penny Stocks On Robinhood? 3 Pot Companies To Watch

Yes, You Can Find Marijuana Penny Stocks On Robinhood But Are They A Buy Right Now?
Total
85
Shares
Share 80
Tweet 0
Pin it 5

Marijuana Penny Stocks On Robinhood To Watch This Week

Penny stocks on Robinhood aren’t hard to find anymore. Way back when, the platform was restricting access to certain stocks. Over the years, that restriction has loosened up but still, some stocks, like OTC penny stocks, aren’t widely accessible. This poses a problem when it comes to certain industries, one being marijuana stocks.

Due to the nature of the market, many of these stocks are dually listed on foreign exchanges as well as on the U.S. exchange. If you’re familiar with this industry, you’re probably familiar with stock symbols ending with the letter “F”. Unfortunately, those stocks are listed on the OTC. Hence, inaccessible to anyone using Robinhood and even other app-based trading platforms.

Needless to say, there are certain marijuana penny stocks on Robinhood that are tradable, believe it or not. The industry has greatly evolved since the early days of cannabis legalization. Now, we see marijuana stocks listed on major exchanges.

It’s no secret that this industry has gotten beaten up over the last year. With the presidential election coming in November, it could be a time to watch some marijuana penny stocks closely. There’s likely some new legislation on the docket in November, be it on a state or federal level. With the likely chance we see new changes made to marijuana’s legal status, will pot penny stocks be part of your watch list before the election?

Shares of HEXO Corp. (HEXO Stock Report) have traded in a sideways channel for months. Since the end of June, HEXO stock price has moved between lows of $0.65 and highs of $0.86. While it hasn’t been the best “long term” marijuana stock, traders seem to keep this on their watch lists thanks to this channel trend. A few weeks ago, HEXO Corp. completed its recently announced $34.5CAD million raise, which seemed to excite the market. But like I said, HEXO has continued to be a channel trade for most of the second quarter.

Needless to say, that doesn’t mean there aren’t things to focus on. For starters, the company launched its line of vape products to both adult-use and medical consumers, across Canada last month. Hexo also launched medical cannabis products in Israel in July. This came via a 2-year partnership with medical cannabis company Breath of Life International. So far, some 493 kg of its products have been shipped over.

If you’ve perused Hexo’s filings, you’ll also see that ETF Managers Group, owners of the marijuana ETF “MJ” filed a 13G this month. It showed the firm held a 5.2% stake in HEXO stock, which was almost 1% higher compared to its July 13G filing. While this seems to have been more of a non-event than anything, ETF purchases could be something to note especially when it comes to certain marijuana penny stocks. Late-Friday afternoon following the closing bell, HEXO stock jumped to highs of $0.736. No news or filings came out so it will be interesting to see how the week begins for the pot penny stock on Monday, considering that after-market surge.

Sundial Growers Inc. (SNDL Stock Report) was one of the recent head fakes among penny stocks. It started surging leading up to earnings. The company reported on August 13th, delivering decent results. Net cannabis revenue for the quarter came in at $20.2 million, up 44% from the 1st quarter. Adjusted EBITDA loss from cannabis operations dropped by 67% compared to Q1, as well. Sundial said that it expects this year to be a transition year. The company has already taken up a few initiatives earlier in the year. For starters, it reduced its workforce significantly. It also sold off its U.K. asset, Bridge Farm Group in May to further streamline its business.

However, one of the biggest risks that can seemingly come out of nowhere stems from discounted financing deals. While shares surged on August 13th, the hammer was soon dropped. The company reported a $20 million offering at 50 cents per share. Considering that SNDL stock was trading above $0.75 just a day prior to this news, it was a hit to those holding shares of the pot penny stock. As you might imagine, shares rapidly slid and on Friday SNDL stock reached a new 52-week low.

[Read More] Penny Stocks To Buy For Under $1 Right Now; Are They Worth The Risk?

However, similar to HEXO, SNDL started trading higher after hours on Friday. It reached a post-market high of $0.399. Evidently, there weren’t any new headlines or filings from the company. However, one of the things that could be triggering some optimism around marijuana, in general, is the Democratic VP nominee, Kamala Harris. As Cheddar News put it, “She also became a beacon of cautious hope among cannabis advocates,” so is that the catalyst some traders are eyeing as a means to a ramp-up in cannabis stocks right now?

One of the marijuana penny stocks that has flirted with the upper limits of that $5 threshold this year is Aphria Inc. (APHA Stock Report). It seems like every time the pot stock nears $5, it drops back down. Granted, APHA stock has managed to break above it here and there. But for the most part, there’ve only been a few hand fulls of days that it traded above that mark.

Regardless of this, APHA was one of the marijuana penny stocks on Robinhood that experienced a different post-market trend. After closing the regular session at $4.48, shares dipped to $4.41 around 5:30 PM EST. They recovered by the time the market was fully closed. However, it was definitely an alternative move compared to HEXO and SNDL, for instance. 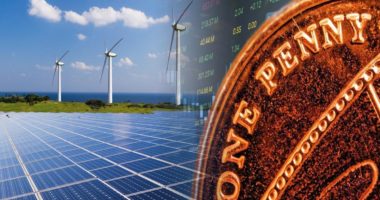 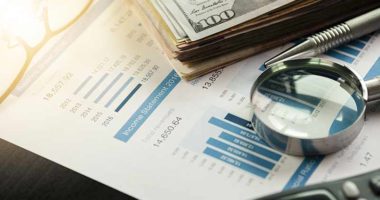 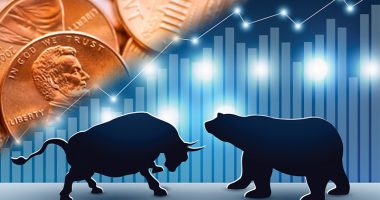 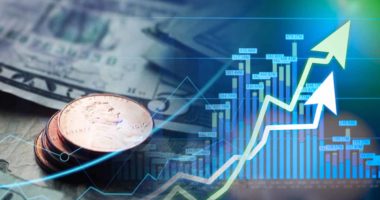