Should These Penny Stocks Be On Your List In August 2020?

Penny Stocks Are High Risk; But The Rewards Could Be Greater

No matter how you cut it, penny stocks are risky. But with great risk can come great rewards. The fact of the matter is that you can consistently make money with penny stocks. It just takes a bit of skill, practice, and education. The point is to treat trading like you would anything else that is worth your precious time and hard-earned money.

There are plenty of ways to get lucky a few times and think you’re Bud Fox. But the traders who turn it into a full-time “thing” are the ones who’ve got a proven strategy. Anyone can trade, really. You just need some money, a trading account, and an internet connection. Some of the top penny stock brokers also offer mobile applications.

Robinhood, TDAmeritrade, ETrade, WeBull, Interactive Brokers, and plenty more give mobile-based trading options. So even a way to access cell-phone data can give you easy access to trading penny stocks and other investment options.

Penny Stocks & Where To Begin

So, where do you start? First, understand that trading and investing involves risk. Understanding things like volatility and how it can impact certain stocks is key; especially for stocks under $5. Next, you’ll want to understand what can act as a catalyst for stocks. This would be things like earnings, corporate filings, company development news, sympathy from industry comparables, and even rumors. Some of these catalysts impact certain penny stocks in different ways.

They can be longer-lasting or short-lived and understanding that can help as well. For instance, an update on a sales contract without any specifics might become a catalyst for a day. But that excitement might fade once traders fully digest that information. On the flip-side, let’s take an earnings update with surprisingly bullish guidance and upcoming milestone dates.

That news might leave a lasting impact on the stock. There are plenty of other things that affect how penny stocks trade, the point here is to have a strategy in place. Don’t just blindly buy penny stocks without knowing why you’re buying and what your exit strategy is. Keeping this in mind, here’s a list of penny stocks to watch this week. Now it’s up to you to decide if they’re worth it.

TRACON Pharmaceuticals Inc. (TCON Stock Report) hasn’t been one of these high-flying penny stocks making big headlines lately. In fact, since mid-July, TCON stock has been in a decline. However, if you take a look at August 4th, the trading was much different. TRACON stock saw its third-highest share volume day of the year. There weren’t any headlines on the 4th and the initial move came well-after the opening bell. Furthermore, there aren’t any corporate presentations (that have been announced) until later this month.

What is coming and what could pose a risk/reward scenario is the company’s earnings. Wednesday after the closing bell, TRACON will report its second-quarter results. Why would this be a “risk/reward” scenario? Simply put, depending on the earnings results and guidance (if any), that could determine how traders feel about the future of the company. Something else to consider is what the company announced back in July.

TRACON announced the filing of the pivotal ENVASARC protocol with the U.S. FDA as part of an Investigational New Drug (IND) application. The application cross-references the open envafolimab IND maintained by TRACON’s corporate partners 3D Medicines and Alphamab Oncology. TRACON said that it expects to initiate enrollment in the ENVASARC trial at 25 sites in the U.S. in the second half of 2020. Considering we’re just getting into the second half of 2020, will this be a catalyst that traders look for?

Schools are actually starting to go back into session in some places of the U.S. The heated debate continues, however as to make that a nationwide initiative or if those going back are the science experiment for the rest of the country. Nevertheless, virtual learning stocks have become a greater focus. On July 12th we started to follow this exact trend of speculation with Boxlight Corporation (BOXL Stock Report). Specifically, we talked about more reliance on technology right now could lead to an easier transition at least for the first semester.

This year Boxlight released its MimioConnect. This is the company’s cloud-based teaching and learning platform that helps teachers streamline lesson delivery in remote and blended classrooms. The company also brought on some new talent. Boxlight appointed R. Wayne Jackson and Charles Amos as independent members of its board of directors. In particular, Amos served as the CEO of GuideK12, a K-12 education-focused data analytics company. GuideK12 was acquired by Forecast 5 where Mr. Amos now serves as Senior Managing Director.

We also saw Boxlight announce a one year contract extension with Atlanta Public Schools. It’s one of the largest school districts in the United States with enrollment of over 50,000 students. After closing its $34.5 million offering at the end of July, momentum steadily started building at the start of August. There weren’t any new headlines this week, however shares are trading higher so far. Is this a sympathy move in light of virtual learning stocks moving this month?

Aerpio Pharmaceuticals (ARPO Stock Report) is one of the penny stocks that’s been on watch since mid-May. At the time shares traded around $0.80 and the company had just announced a key update. Aerpio restructured a licensing deal that included a $15 million immediate payment as well as up to $90 million in milestone payments.

[Read More] Are These Penny Stocks A Buy During Earnings Season?

The company had also just announced its earnings and specifically cited a positive milestone to be on the look-out for in the future. President and Founder Joseph Gardner said the company looks forward to evaluating its razuprotafib in a planned 28-day Phase 2 open-angle glaucoma study, which “we currently expect to initiate in the third quarter.”

In late-June, Aerpio began patient enrollment in its double-blind, placebo-controlled Phase 2 trial in patients with elevated intraocular pressure associated with open-angle glaucoma or ocular hypertension. During this series of events, ARPO stock has been quickly on the rise. At the end of July, the penny stock hit a high of $1.62. This week shows a clear example of how trial news can play a positive role for biotech penny stocks.

Tuesday, after the closing bell, the company announced an agreement was reached to evaluate razuprotafib in a new randomized, investigational trial. This is for the prevention and treatment of Acute Respiratory Distress Syndrome in adult patients with moderate to severe COVID-19. This is part of MTEC-20-09-COVID-19 Treatment Military Infectious Disease Research Program “Development of Treatments for COVID-19.”

The Medical Technology Enterprise Consortium will provide up to $5.1 million in funding toward the clinical trial. Considering the COVID-related headline, how will traders react once the market opens on August 5th? 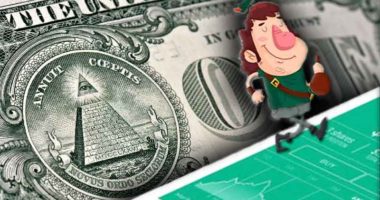 If You Choose To Buy Penny Stocks On Robinhood, These Might Raise Some Eyebrows 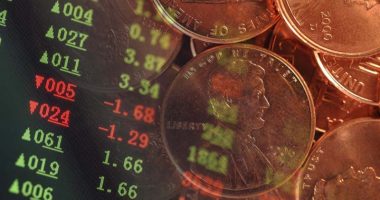 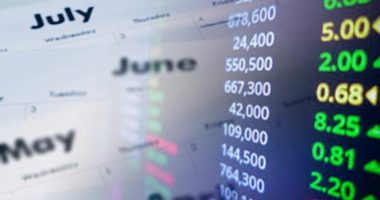 These Penny Stocks Are Climbing After Big News 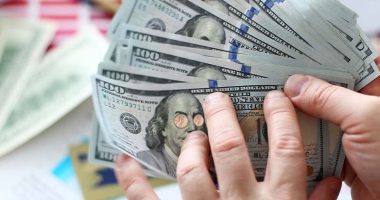 Just Because Penny Stocks Is The Label, Doesn’t Mean There Isn’t Potential…