Can These Beaten Down Penny Stocks Make A Comeback?

3 Penny Stocks To Watch Near All Time Lows

As much as we’d love to talk highly about penny stocks all the time, we can’t ignore the dark side. This is the part of the conversation that has created skeptics throughout history. It’s also made for good “yea but…” conversations for those who like trading penny stocks but encounter skeptics.

At the end of the day, however, you can’t ignore the risks involved with stocks under $5; let alone investments as a whole. Just as quickly as stocks can climb, they can also fall and nothing helps a stock drop more than bad news.

In the case of these 3 penny stocks, a mix of unfortunate events and confusion help trigger big sell-offs in the market. But recent attention and speculative hope could give rise to renewed interest in these names. I will say this, fundamentals were a big reason they dropped in the first place. So it may be wise to keep those same fundamentals in mind if any of these are (back) on your list of penny stocks to watch right now.

Shares of Hertz Global Holdings Inc. (HTZ Stock Report) haven’t had the best year ever. In fact this was one of the worst for the company. For a stock that once traded above $20, the recent close at $1.61 is a far cry from those former levels.

HTZ stock even saw all-time lows of $0.40 at the end of May as well as long-time investor Carl Icahn dump his position in the company. Beleaguered with bankruptcy headlines, bad press and the like, you would think that Hertz stock would never rise again.

The talking heads of the finance world would soon come to find that penny stocks on Robinhood were truly “a thing”. For some of these cowboy/cowgirl traders, the companies didn’t mean as much as the opportunity to YOLO. Throwing all caution to the wind, HTZ stock saw a resurgence of interest earlier this month.

The penny stock actually jumped from around $1 on June 1 to highs of $6.25 by the 8th. You read that right, HTZ stock jumped 525% in 8 days. Then we saw a bit of reality hit as novice traders figured out that bankruptcy processes usually pay the retail investors last. From $6.25, HTZ shares dropped back to $1.11 by the 23rd.

Is HTZ Stock Back “In Business”?

Well, I wouldn’t go that far. But Wednesday’s session saw shares rally again. In fact, the penny stock jumped to highs of $2.49. Was there some breaking development to get them out of bankruptcy or an angel investor to save the company? Nope, it was apparently an analyst note that brought the “YOLO” squad back to the stock.

Jefferies analyst Hamza Mazari said companies like CarMax Inc. (KMX Stock Report) and AutoNation Inc. (AN Stock Report)could be interested in the car rental company. “We think the longer [ Hertz ] takes to re-emerge from bankruptcy with a cleaner capital structure, the more opportunity there is for rivals to pick up share,” Mazari wrote in a note to clients. Mazari’s comments didn’t suggest an actual “buy out” as some may think.

Rather, these companies, according to Mazari, could be suitors to “swoop in” and bid for Hertz’s 150,000 used cars. While this information initially caused excitement, HTZ stock closed 35% lower than Wednesday’s highs. Will this be enough to support a rebound or is HTZ stock set for new lows heading into the 3rd quarter?

This company has gone down in recent history (literally and figuratively) after reports of massive fraud. Lucking Coffee (LK Stock Report) was found to have cooked its books. In April it was revealed that it exaggerated sales between the second to fourth quarters of 2019 by just a few million dollars…$310 million to give a rough estimate.

Prior to these findings, Luckin already faced pressure in the stock market. Shares had fallen from highs of $51.38 to around $25 at the time of the damning news. Once made public, however, LK stock plummeted to lows of $4.27 before shares were halted for the rest of April and most of May.

Here’s where things get interesting. May 20th was when shares began trading again and the stock continued its fall to lows of $1.33 that week. Ever since then, the stock and company have been clouded in controversy. But, that doesn’t mean traders haven’t flocked to the company.

Newbies Do It Again

Similar to HTZ, LK stock saw a flood of novice traders flock to the company “because it was cheap” and “it was trading over $20 before Covid”. I know that wasn’t the reason behind the drop but these are things people pointed out as reasons they were buying shares earlier this month. Guess what, for a fleeting moment, LK stock recovered.

It actually jumped to highs of $6.79; another triple-digit move in a company facing serious fundamental hurdles. Even as the company directors resigned, traders continued to trade shares of LK stock. What’s more, is that banks including Credit Suisse Group AG won court orders to liquidate tens of millions of dollars in Luckin Coffee Inc. stock owned by embattled Chairman Charles Lu.

Does LK Stock Have A Future?

Again I won’t go out on a limb here and say Luckin is a “turn-around-story”. There is a lot going against the company right now. However, on June 24 LK stock saw it’s first real “turn around” session in quite some time. Shares jumped as much as 23% from the open.

The last time the penny stock saw a single-day move of more than 22% was on June 4th during its last breakout move. One of the topics of discussion was the company’s apparent engagement of a strategic advisor. Luckin brought on hired investment bank Houlihan Lokey according to Reuters who cited “unidentified sources”.

If this is true, however, it means that Luckin would be working with the same advisor to companies doing deals with the likes of L3 Harris, Dupont, Gannett, Sears, Callaway and many others. But again, the sources were unidentified and this is likely a developing story needing more clarity. However, in light of this, has this event become enough to get the market excited about LK stock again?

Sometimes it isn’t a corporate breakdown that comes as “bad” penny stock news. It can sometimes result from a fundamental need to keep the lights on. Unlike bankruptcy, for instance, companies need financing to continue growing.

For the most part, one of the main reasons for going public in the first place is to access the markets as a way to raise money. However, the size and scope of financing deals come into question, especially if or when it’s at a discount. Steep discounts are what I’m referring to as sources for concern from investors.

That’s what Castor Maritime Inc. (CTRM Stock Report) experienced this week. On an average trading day, CTRM stock turns over between 1 million and 2 million shares. Wednesday, the penny stock traded more than 110.8 million. The stock has been dropping for the last 3 sessions but nothing like it did on June 24. CTRM stock finished out its June 23rd session at $0.63 and by Wednesday during the premarket session, it dipped as low as $0.3211.

Why Did CTRM Stock Drop & Can It Recover?

The simple factor behind the drop stemmed from the company’s most recent public offering. Castor Maritime announced the pricing of an $18 million offering for 51.4 million shares, which boils down to an offering price of about $0.35. Considering it closed at $0.63 just 1 day prior, it makes sense why the market would gap down to value this penny stock closer to the offering price. The offering is expected to close on or about June 26, 2020.

However, once the market opened, it was a bit of a different story for Castor. As a matter of fact, CTRM stock closed up from its premarket low of $0.3211 by over 30%. Castor Maritime Inc is a provider of seaborne transportation services for dry bulk cargo. This includes iron ore, coal, grain, steel products, fertilizers, cement, bauxite, sugar, scrap metal, among others. In light of these recent developments, can CTRM stock actually recover or is this just a pitstop on a larger decline? 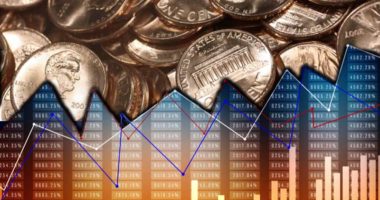 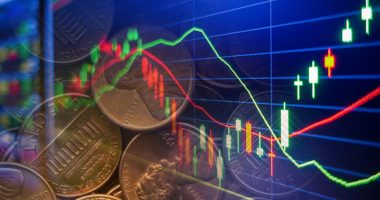 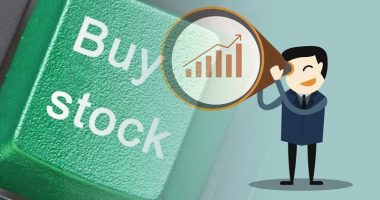 You’ve decided to invest in penny stocks, but aren’t exactly sure what… 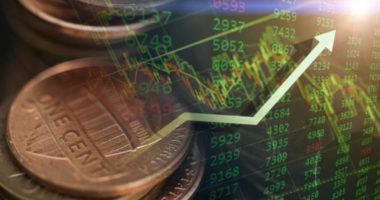