Are These The Best Penny Stocks To Buy Under $2.50?

Penny stocks are highly volatile, so you already know you’re likely in for a wild ride from the start. But this shouldn’t deter you entirely from trading them. It just means that you need to have a penchant for risk and a solid plan in place. Also, if you’re new to this world of cheap stocks, you’ll want to know exactly what you’re buying

What Is A Penny Stock?

Penny stocks are shares of public companies that trade for less than $5. This is the standard definition according to the Securities and Exchange Commission. Some may consider penny stocks as stocks under $1. But the universal understanding is what oversight organizations like the SEC suggest. Either way, you can’t disagree that any stock under $5 has a higher likelihood of volatile swings than a stock trading above $500.

When it comes to finding penny stocks to buy, your strategy should involve one main thing. That “thing” is profit. Sites like Facebook, Reddit and Twitter have slews of “gurus” saying “I told you so” after penny stocks rise thousands of percentage points. But understand that they may simply be trying to build a following. Furthermore, something we always hit home is that a trading strategy doesn’t have to involve buying all penny stocks at one price and selling all at another. Many readers may have this “old-school” mentality in their heads.

The fact is, there are many ways to make money with penny stocks. Many don’t involve “buying everything at $1 and selling everything at $2”. If a stock can actually make such a move, some strategies, like tiered trading, allow traders to stay in a winning trade longer. It also allows them to avoid larger losses if the trade doesn’t work out. If you’re interested in learning more about trading, check out our 60+ page eBook by simply subscribing for free. For the purposes of this article, however, we’re looking at a list of penny stocks gaining ground early this month. It’s up to you to decide if they’re the best penny stocks to buy or not. But all can be bought for under $2.50 right now.

Our readers will definitely be familiar with IZEA Worldwide Inc. (IZEA Stock Report). We’ve been watching this company closely since May 4th. At the time, IZEA stock was trading around $0.31 and had just announced key developments. The comapny announced a streaming event to demonstrate the latest capabilities of BrandGraph®, its newly released social intelligence platform. Over the last 40 days or so, we’ve seen, first-hand how IZEA has continued to deliver information to the public.

Since early May, IZEA stock has skyrocketed as much as 735%. This came as shares briefly reached highs of $2.59 this week. As we saw, IZEA slid back shortly after. However, it hasn’t left the list of penny stocks to watch in June. A few reasons to this include its last 2 updates. First, the company announced it was awarded renewed commitments from two global retailers. One retailer is a Fortune 500 company, the other a Fortune 10 company.

Furthermore, the company has essentially whet the appetites of traders on June 10. This Friday, the company “plans to make” a special announcement that will also see a follow-up conference call on June 18th to further discuss. That has traders focused on what’s coming next. Is this just another hype move or can the continued bull trend uphold through the month?

Geron Corp. (GERN Stock Report) has been one of the penny stocks to watch since last June believe it or not. At the time, shares were trading around $1.50. Of course, since then GERN stock has gone on to see short-term swings to highs of $2.40 and lows of $0.75. But the latest trend appears to have pointed to a bounce on the penny stock’s chart.

Late last week, shares pulled back from those $2.40 highs to settle out around $1.50 (yep, a relatively sideways trend if you forgot about it from a year ago). The last 3-day bullish move comes as Geron received an analyst price target upgrade from Cantor Fitzgerald as well as a slew of FORM4 filings showing insider buying activity in the stock. Directors purchased nearly 500,000 shares at an average of $1.54 per share earlier this month. There was also a 13D filing prior to that, showing Growth Equity Opportunities 17 fund holds a 9.6% position in Geron.

Aside from this, there haven’t been many new headlines after announcing its earnings at the end of May. It’s been working on Imetelstat a telomerase inhibitor exclusively owned by Geron. It’s being developed in hematologic myeloid malignancies. Early clinical data suggest imetelstat may have “disease-modifying activity through the suppression of malignant progenitor cell clone proliferation.”

According to Geron, clinical studies of imetelstat sponsored by Geron include IMerge™, a Phase 2/3 trial in lower-risk myelodysplastic syndromes and IMbark™, a Phase 2 trial in Intermediate-2 or High-risk myelofibrosis. Imetelstat received Fast Track designation from the US FDA for the treatment of patients with transfusion-dependent anemia.

Bionano Genomics (BNGO Stock Report) has been on the radar since April 28th. We’ve seen BNGO stock rise from around $0.40 at that time to highs of $0.6484 this week. During the course of those weeks, Bionano has announced new progress on its COVID-19 treatment. The company initially announced the launch of the largest study to date, in March.

It targeted identifying certain substances related to resistance or sensitivity to COVID-19 and treatments for Duchenne muscular dystrophy. According to Bionano, the first study of its kind is already underway in Wuhan, China and is being performed by Wuhan-based GandOmics. That service provider is using Bionano’s technology.

Fast-forward to the end of May and the company is now sought after for speaking engagements. Erik Holmlin, Ph.D., CEO of Bionano, participated on a panel entitled: “Testing and Susceptibility – Clearing the Air,” during the virtual conference “The Role of Cell Therapy & Clarity on Testing”. This week, BNGO stock caught a bit more attention after announcing the the US Patent & Trademarket offics issed a patent to the company. Titled “NANONOZZLE DEVICE ARRAYS: THEIR PREPARATION AND USE FOR MACROMOLECULAR ANALYSIS,” it covers the addition of a detector, such as a nanopore, to Bionano’s patented nanochannels.

“his patent protects the invention of adding nanopores to our nanochannels, which we believe could be a key step to solving one of the main limitations of nanopore sequencing. While commercialization of this technology is not yet on our roadmap, the upcoming patent allows us to confidently evaluate strategies for beginning that process,” said Erik Holmlin, Ph.D., CEO of Bionano Genomics. Will this 2-month trend extend in June?

Ideanomics Inc. (IDEX Stock Report) saw things start to heat up a bit in June and could warrant some attention in the stock market. We’ve followed this story closely since June 5th as discussed earlier in the week. Ideanomics recently entered into a 50/50 joint venture with Business Big Data PTE, Ltd./Seasail Ventures. The venture will see the creation of an investment company focused on new infrastructure projects in China.

The investment company will develop an AI-enhanced “China New Infrastructure” bond product, introduce capital, and fund advisory. According to the company, “this fund will capture two significant emerging trends: the application of AI in traditional financial services and China’s next economic upturn.”

Specifically, for the city of Guilin order, MEG will provide ten units of the Tesla Model 3 as a proof of concept. This could see the U.S. electric vehicle maker support additional MEG orders in China according to Ideanomics. Among all manufacturers, a total of 11,254 units are currently in order fulfillment. IDEX stock has climbed as much as 260% since June 5th. 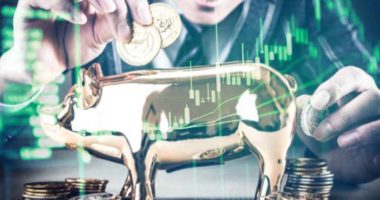 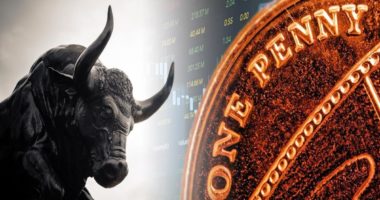 Looking for multibagger penny stocks to watch? Here’s 3 for your watchlist 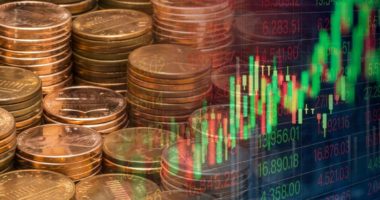 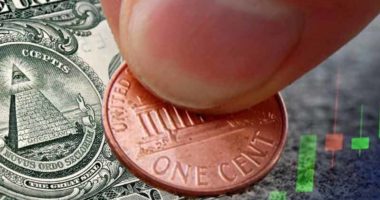 Are These Cheap Penny Stocks On Your Watch List?