Top Penny Stocks To Watch Right Now; 4 Up Over 50% This Quarter

The countdown has begun to June 2020. This morning we’ve already seen plenty of penny stocks release news and updates. But a few have shown a remarkable response in the stock market today. Meanwhile, the broader markets have made an attempt to reverse the bearish course from earlier this week.

The S&P 500’s SPY ETF hit a low of $290.95 during premarket trading. This extended the slide from Thursday evening. While the market itself may appear to be jockeying for a higher position, the fear gauge continues to accelerate. Safe-haven assets, for instance, have been steadily moving higher. In addition to that, while it isn’t at 2020 highs, the Volatility Index (VIX) remains at elevated levels. Currently, we see the VIX sitting around $30; 122% higher than the beginning of the year.

Albeit a precautionary measure, I wouldn’t write off another “correction” in the market given this. However, we aren’t looking at large- or mega-cap stocks. We’re looking at penny stocks and these typically trade on their own accord. Don’t get me wrong, some sector activity can impact certain penny stocks.

But for the most part, stocks under $5 tend to move based on the specifics of the company and their own market metrics. With this in mind, while the broader markets have pulled back, here are 4 penny stocks making attempts at new highs this month.

Kitov Pharma (KTOV Stock Report) has been one of the top penny stocks to watch this month. Actually, since mid-March, KTOV stock has been on the move. Earlier this month we talked about Kitov as it had just announced the closing of a $10 million offering. Kitov said that it intends to use the net proceeds of this offering to fund the development of its oncology drug candidates and the acquisition of new assets among other things.

On May 20, the company announced the U.S. commercial launch of Consensi™. This is designed for the simultaneous treatment of hypertension and osteoarthritis pain. Consensi™ is being sold in the U.S. by Burke Therapeutics, the marketing partner of Kitov’s U.S. distributor, Coeptis Pharmaceuticals. “The initial U.S. sales of Consensi™ represents a key milestone for Kitov.”

One of the things traders have also watched is the technical set-up of KTOV stock. Mainly, the stocks 200-day moving average has acted as a trailing level of resistance for over a year. Each time it gets close or tests the level, KTOV stock falls back. As you’ll see on the penny stock’s chart, the latest “test” came earlier this week. This week, the company announced that the U.S. FDA accepted its Investigational New Drug application. This was to conduct a Phase 1/2 clinical trial of NT219, a new agent addressing treatment resistance in advanced cancer. Will this be the catalyst to see KTOV stock break resistance in over 1 year?

Citius Pharmaceuticals (CTXR Stock Report) is another one of the top volatility plays in the stock market today. Since April 1st, we’ve been following this penny stock a bit more closely. At the time, the company announced an exclusive option with Novellus Inc. It’s a preclinical biotech company.

[Read More] Are These On Your List Of Penny Stocks To Buy Or Sell?

Through the option deal, Citius will license stem-cell therapy to treat ARDS associated with coronavirus. The penny stock was trading around $0.65 as well. over the last several weeks, we’ve watched CTXR stock jumped as high as $1.31. While shares pulled back, it appears CTXR stock’s chart shows that its 200-day moving average acted as support so far.

“We are focusing on the health of the broader patient population that may be able to benefit from Mino-Lok. Therefore LMB/Citius has created an Expanded Access Program for Mino-Lok. Making this important investigational drug available for compassionate use is one way we, as a company, can offer support during this unprecedented time,” the page stated. Will this new information gain wider exposure before the end of the month?

T2 Biosystems Inc. (TTOO Stock Report) was another one of the penny stocks to watch since early March. At the time, TTOO stock was trading around $0.47 and the company just put out a tweet regarding COVID-19. As we’ve come to know, coronavirus-related news and events have helped to fuel penny stocks. From then until now, we’ve not only continued reporting on TTOO stock but we’ve seen it rally as high as $0.99. Obviously volatility has played a big role in this for day traders. But it’s also important to understand that some of the biggest momentum has spawned from news events.

This week, TTOO stock is back in the newsflow. As previously disclosed, T2 Biosystems, Inc. is currently developing a SARS-CoV-2 test, to run on the Company’s proprietary T2Dx Instrument platform. T2 said it anticipates shipping the first tests to U.S. customers for clinical use as early as the end of June. This was revealed on Friday in the company’s most recent 8K filing from May 22.

“The Company currently has the resources to manufacture up to 100,000 tests per month and, subject to the success of the Company’s efforts to secure additional non-dilutive funding to support expansion of manufacturing capacity, estimates that it could potentially ramp to approximately 1,000,000 tests per month,” according to information from the filing.

Finally, XpresSpa (XSPA Stock Report) has been on the radar for months it would seem. When we first started following this penny stock XSPA traded around $0.35. You’re likely familiar with this company as it’s in many airports across the country. It offers massages and light spa services to airline travelers. As soon as the coronavirus pandemic hit, the company took a stance. Instead of shutting things down due to lower air travel, XpresSpa made a move to expand into becoming a site for COVID-19 testing.

The company has been working through discussions with numerous testing providers. The obvious goal is to provide coronavirus testing in U.S. airports to capitalize on the immense need or more testing. The company even formed a new business unit called XpresTest to differentiate it from the spa unit. Since these early developments from late-March, shares of XSPA stock have been on the move.

This week, things became a bit more real for the company. XpresSpa Group Inc. provided a business update. The company signed a contract with JFK International Air Terminal LLC to pilot test its concept of providing diagnostic COVID-19 tests located in Terminal 4. To facilitate the JFK pilot test, the Company has signed an agreement with JFKIAT for a new modular constructed testing facility within the terminal.

The site will host nine separate testing rooms with a capacity to administer over 500 tests per day. The Company intends to offer its services to airline employees, contractors and workers, concessionaires and their employees, TSA officers, and U.S. Customs and Border Protection agents. Furthermore, XpresSpa said it’s also in discussions with other U.S. airports regarding temporary conversions of existing XpresSpa locations. 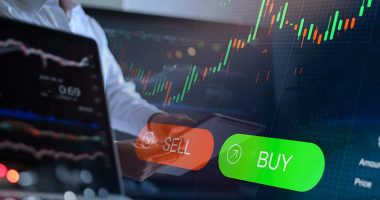 If you’re like most people considering penny stocks to buy right now,… 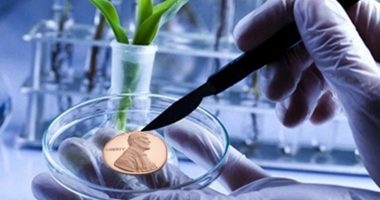 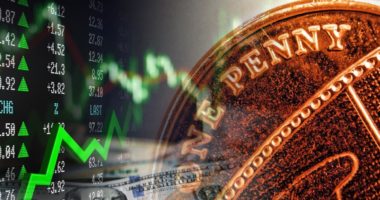 If you’re making a penny stocks watchlist, check these three out 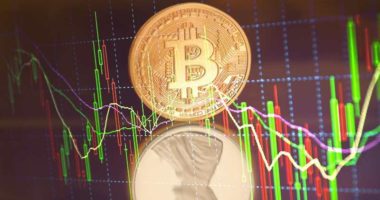