How Could Tesla Be A Penny Stock?!

Elon Musk has been called a lot of things over the years but never CEO of any penny stocks last I checked. But this latest bout of attention has some scratching their heads. The company reported its earnings on Wednesday and actually surprised Wall Street analysts. Musk’s Tesla Inc. (TSLA Stock Report) posted a first-quarter profit during a period where global economies have all but been destroyed. And while unemployment figures “are slowing” the totals continue to rise.

So what happened with Tesla during Q1? The company reported quarterly earnings of $1.240 per share. This beat an analyst consensus estimate of $(0.360) or a 444% beat. It’s also a $142.76% jump over losses of $(2.90) per share from the same period in 2019. On top of this, the electric car company reported quarterly sales of nearly $5.985 billion, beating analysts’ estimates of $5.9 billion. This figure was over 30% higher than sales results from a year prior. This was also the company’s third-consecutive quarterly profit even in light of COVID-19.

Certainly, these results echoed strength from the cult-like company. Its progress in China has also been cause for attention this year. According to Tesla, the company’s Model S/X and 3/Y production were up year over year; 9% and 39% respectively. On top of that, the company said it reached production of 1,000 solar roofs in a single week showing that it’s continuing to focus on other diversified segments of the company.

When it comes to being outspoken, Tesla’s CEO takes at least a Top 10 spot. Known for wild antics, controversy, and the like, it’s almost expected that we hear something that will raise eyebrows unrelated to electric cars. Elon Musk didn’t disappoint, in fact, in light of these impressive results, it was the CEO’s comments that have made headlines on Thursday. During a post-earnings conference call, Elon Musk expressed his disapproval of the economic shutdown. Specifically in the Bay area, his thoughts were clear: he’s not having any of these shelter in place orders:

“I think the people are going to be very angry about this and are very angry. It’s like somebody should be, if somebody wants to stay in the house that’s great, they should be allowed to stay in the house and they should not be compelled to leave. But to say that they cannot leave their house, and they will be arrested if they do, this is fascist. This is not democratic. This is not freedom. Give people back their goddamn freedom.”

Musk also expressed the notion that the move was akin to “forcibly imprisoning people”. But everyone’s entitled to his or her own opinion, right? Needless to say, when you’re the CEO of a multi-billion dollar company I suppose there’s a bit more attention on what those opinions actually are. Has his words had a detrimental impact on Tesla stock? You be the judge. The tale of the tape on Thursday had TSLA stock gapping up to an open of $855.19.

Read more: What Are Best Penny Stocks To Buy? Analysts Like These 3

This was after the EV stock reached highs of $886.89 during post-market trading on April 29th. After the opening bell rang, TSLA started to slide and as of power-hour, that slide hasn’t yet subsided. Shares have given up all of the gains following Tesla’s earnings news on Wednesday. But does this really mean it can be compared to a penny stock pump? Some analysts say yes.

Is Tesla (TSLA) Stock Like A Penny Stock Pump?

Considering you’re reading a site all about penny stocks, you’ve likely heard or seen what a penny stock pump actually looks like. What do you think about TSLA stock? Is it similar to a pump or is it just an actively traded stock with a cult-like following? Comment below and join the discussion.

Regardless of your personal feelings on this and even in light of analysts at Goldman, Deutsche Bank, and Oppenheimer lifting their price targets on Tesla stock, other analysts have actually compared Tesla to penny stocks. In an interview with Yahoo on Thursday, GLJ Research Founder & CEO, Gordon Johnson stated his concerns with the company, its results, and even compared it to a “penny stock pump like you see on Twitter”.

Johnson explained that these comments should be relevant to investors. He explained how Musk didn’t criticize China’s handling of COVID-19 by forcing people to stay in their houses via physically welding doors shut in some cases. Johnson went on to say that he estimates Tesla is burning some $300 million a day every day the Fremont facility is closed which could contribute greater to Q2 numbers. Furthermore, with Musk’s “impenetrable armor” Johnson thinks Musk’s comments could “erode his image”.

Citing Tesla’s production figures and sales, Johnson said it was only their 6th largest amount of revenues they’ve done over the last 12 quarters. Market share in Europe also fell Q4 to Q1 while also cutting prices for cars in China. Based on Johnson’s analysis, he’s expecting a “big disappointment” this year with demand being an issue.

From a valuation perspective, the GLJ Research Founder explained that Tesla’s operating expenses don’t make sense considering that the company is now operating two plants viruses 1. In addition, he said that Tesla stock isn’t “trading on reality right now”. His comparison was to that of a “penny stock that you get these pumps on twitter” that “unfortunately has a 130 billion market cap”.

What Does The Future Hold For Tesla?

You can’t “fake free cash flow, down nearly $900 million in what should have been a great quarter for Tesla.” That’s what Gordon Johnson explained. However, it’s a well-known fact that Elon Musk is a hands-on, boots on the ground when it comes to his own brands and products.

Read more: Top Penny Stocks To Watch Before The End Of April 2020

As many of its offshoots like SpaceX aren’t public, some investors likely assume they can gain exposure by trading Tesla stock. However, there’s a lot more to take into consideration with Tesla than the idea that it’s diversified. The model of Tesla right now focuses on EV. With mounting competition, it comes down to Tesla’s ability to raise cash amid an obvious cash-burn.

David Einhorn of Greenlight Capital took to Twitter on Thursday to take a stab at the proposed “Tesla bubble”. The long-time Tesla bear and short-seller, tweeted, “Dear Elon, I guess the offer of a factory tour was never serious. I remain curious about your accounts receivable.”

While short sellers like Einhorn have been foiled by the massive rally that Tesla stock has now had numerous times this year, his and others’ sentiment remains consistent. For Einhorn, his successes have come when he’s questioned the overall financial practices of certain firms. In the case of lender Allied Capital trusting his gut paid off. He also predicted the failure of Lehman Brothers. Will that be the case once again with Tesla? 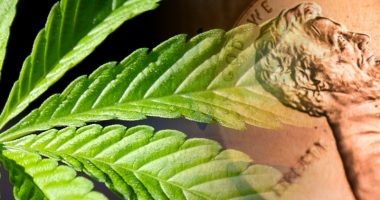 I know what you’re looking for here. I’ve told you that cannabis… 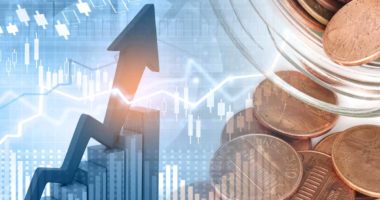 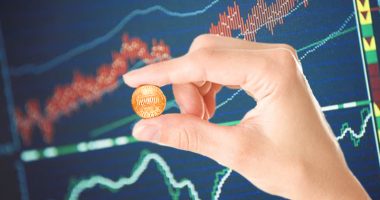 What Does It Mean To Invest In Penny Stocks? What exactly is… 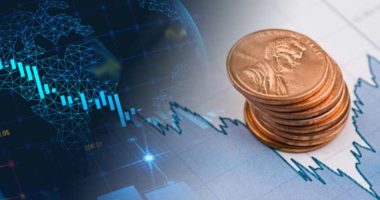