What’s the definition of a penny stock? According to the Securities and Exchange Commission, it’s an equity trading below $5 per share. So why should this matter? Well, one of the most infamous marijuana stocks, Tilray Inc. (TLRY-Stock Report) has now become one. It’s no secret that pot stocks, no matter the price, have gotten slammed over the last year. Problems with supply, questionable business practices, and product that is less than acceptable are just a few of the hurdles that cut down the marijuana sector.

Where does Tilray come into the equation? If you’re not familiar with the company, let’s give a quick overview. Tilray Inc. focuses on research, cultivation, production, and distribution of cannabis products. The company’s consumer base spans 15 countries across 5 continents. Tilray was the first marijuana company to go public on the Nasdaq as well. So, one may assume that based on the sheer size of the footprint, Tilray couldn’t possibly become a penny stock. But wait, there’s more.

When the company first went public, not only was it a relatively low float stock that traded under $20/share when it started trading in the US, it also reached highs of $300 per share in 3 months. It even maintained a trading level above $60 after coming back down to earth. But from February 2019 to present, shares of TLRY stock have dropped from over $70 to under $5. Shoddy earnings, analyst downgrades, and capital raises haven’t helped. So, no this isn’t a reaction from the coronavirus; things have been hurting for a while.

Cannabis industry Veteran, Jason Spatafora, better known as @WolfOfWeedSt on Twitter & co-owner of MarijuanaStocks.com, explained, “When Tilray made its move to $300 in September of 2018 it signaled the top of the pot stock market & height of irrational exuberance. The people that chased it got destroyed because they did not understand that the parabolic move was due to a small float and a NASDAQ listing just as Constellation Brands made a multi-billion dollar investment in Canopy. As unrestricted stock entered the market Tilray has lost 95%+ of its value since then. Fundamentals matter.”

The Nail In The Coffin For This Pot Penny Stock?

The nail in the coffin for this now marijuana penny stock: more financing. Dilution is the devil for most retail traders. In very few cases, do stock breakout or hold support after financing is announced especially when it comes to penny stocks.

In the case of Tilray, the company announced on Friday the 13th that it priced an offering. This was for $90.4 million at $4.76 per share. Considering the fact that the penny stock closed on March 12 at $5.95, that’s quite the haircut considering it also comes with warrants, too.

But will this cash finally give the company what it needs to push forward with a true value proposition for investors? There could be some troubled waters ahead. Commenting on the last round of quarterly results, Chief Financial Officer Mark Castaneda said in a conference call with analysts, “Given the state of the industry, we also determined it’s prudent at this point to de-risk our balance sheet by taking non-cash impairment charges related to the uncertainty in the US CBD market, as well as non-cash inventory valuation adjustments addressing significant industry-wide supply of cannabis extracts and extract feedstock.”

Where Does This Leave Other Marijuana Stocks?

For the most part, marijuana stocks haven’t performed the best. While some micro-cap stocks and small-cap stocks have popped here and there, the broader sector is at or near all-time lows. Every pot stock ETF reached new, all-time lows this week. Meanwhile, other market leaders are shells of their former selves right now. Canopy Growth (CGC-Stock Report), a company that received a multi-billion dollar investment from beer, wine, & spirits juggernaut Constellation Brands (STZ-Stock Report) now trades at levels not seen since October of 2017.

Aurora Cannabis (ACB-Stock Report), a massive cannabis conglomerate with a number of brands, has been a penny stock since last September. But as of this week, Aurora stock traded at levels not thought of since September of 2016. At its height, ACB stock reached highs o $12.53 in 2018. Meanwhile, Aphria Inc. (APHA-Stock Report) hit lows of $2.05 during aftermarket trading on March 12. Analysts have been slashing targets and ratings on the stock for months. In addition, the massive C-suite shake-up making its way through the wings of the sector haven’t helped either; Aphria included.

You have to imagine how much money these companies have been (and are) raising. Hundreds of millions of dollars have been pushed into cannabis stocks. That dilution risk becomes very real when it comes time for lenders to get their money back. But compound that with a market downturn and we see things as we have been. While Tilray is just one among man cannabis companies feeling the burn right now, it’s incredible to see how even the most exciting industries can succumb to fundamentals.

Not Doom And Gloom For Penny Stocks & Cannabis

But this shouldn’t be a time to abandon marijuana stocks either. While it’s true that the sector has seen its share of trouble, the C-suite shake-up going on right now could be very healthy for the future of marijuana stocks. Leadership is key and if you give that key to a child, you can’t blame the child for crashing the car, you blame the parent that got in the car with them and let them drive however they want to (thanks Pam Halpert).

The sector still has a ton of potential as far as I’m concerned. The U.S. still has yet to go fully legal on a federal level. Meanwhile, there are plenty of states working on new legislation to either add recreational options or enact their first round of cannabis laws. Canada has also just begun allowing the sale of cannabis derivatives like oils and edibles. Supply problems can be fixed, management can be fixed, and as we’re seeing with the market as a whole, it could be a matter of one big event that turns things in one direction or another.

For pot, I think that’s going to have to come down to overall fundamentals for the time being. But, then again, if there’s a big announcement about new laws, then you can probably throw fundamentals out the window as the sector is still fueled by headlines. Maybe that’s what it needs right now. Where do you think the cannabis industry will be a year or two from now? Leave a comment below. 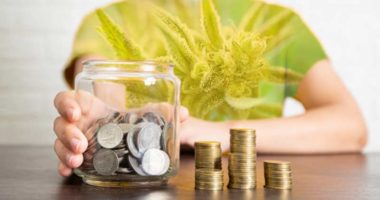 Are These On Your List Of Marijuana Stocks To Buy Or Avoid? 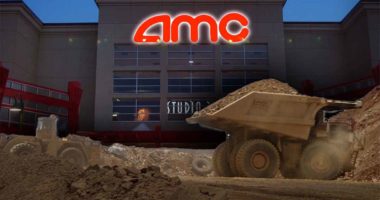 AMC stock in the spotlight after penny stock position. 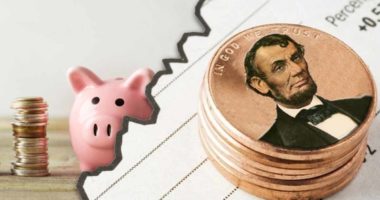 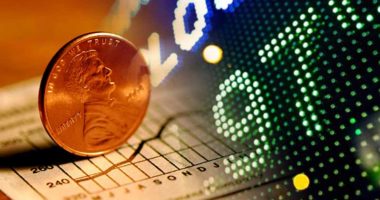 Are These On Your Penny Stocks Watch list This Week?