Best Penny Stocks To Buy Or Avoid For Under $3 Right Now?

Penny stocks are often regarded as risky propositions, and more often than not, it is true. After all, if a stock is trading below $5, then even small moves in share price can equate to big shifts in percent change. As a matter of fact, there might be stocks that trade at even lower levels and that is when it’s even more important to understand how to trade penny stocks.

While it is true that there are generally a lot of risks, many companies have managed to engineer a turnaround and in such cases, investors can make a lot of money with penny stocks. On that note, you also need to understand the type of trader you are. Do you buy and hold, do you day trade, or do you scalp? Time horizon can play a big role in actually making money at the time you sell your stock.

A good example of this is that those who bought shares of Tesla stock at $800 a few days ago could have only made money this week if they sold within a window of a few hours. Other stocks like the ones you’ll see in this article have been climbing for a few days or even weeks at times. Here is a quick look at some penny stocks trading below $3 that may be worth watching.

Penny Stocks To Buy [or Avoid] Below $3 #1 Blink Charging

One of the stocks at such levels that is worth tracking at this point is that of Blink Charging (BLNK – Free Report). It has made considerable gains this week so far. On February 3, shares started to make the bullish move. At the time, shares were trading around $1.88. Since then BLNK stock has jumped to highs of $2.79 this morning.

The company recently announced several board appointments at the end of January. “The addition of these individual directors complements the strategic initiatives outlined for Blink in 2020 and beyond,” commented Michael D. Farkas, Chairman and Chief Executive Officer of the Company.

Considering the run that Tesla stock has had, it isn’t surprising that shares of an electric vehicle charging company like Blink would go along for the ride. Tesla has said it expects 500,000 vehicles to be produced this year. That would mean a lot more charging stations are needed. Will Blink be able to deliver?

Penny Stocks To Buy [or Avoid] Below $3 #2: IMC International Mining

Another one of the popular penny stocks to watch on the Canadian exchange has just begun turning heads with its U.S. listing. IMC International Mining (IMCX – Free Report)(IMIMF) hasn’t been public for more than a year on either exchange but it has made a name for itself in the group of junior gold exploration companies.

Since the start of January, shares of IMCX, in particular, have managed to rally from around C$0.25 to highs this week of C$0.445. But it isn’t just the Canadian listed penny stock making moves now that IMC shares trade in the US.

On January 21, IMIMF began trading in the U.S. at $0.25 and has since managed to reach highs this week of $0.34. While the broader markets have pushed higher, so have gold stocks with juniors benefiting. Since December’s holiday week, gold prices have jumped from under $1,490 to highs of $1,613.30 earlier this year.

Today, gold futures extended a 2-day rally after pulling back at the start of the month. With the recent move higher in gold, could this bode well for gold stocks like IMC International and others?

Penny Stocks To Buy [or Avoid] Below $3 #3 FlexShopper

FlexShopper (FPAY – Free Report) has emerged as another one of the penny stocks to watch under $3. The company released preliminary results with regards to its warrant exchange offer this week. FlexShopper reported that for each publicly traded warrant, the holder would get 0.62 worth of FlexShopper common share.

The offer was closed on February 4, and it led to a lot of optimism with regards to the stock. FlexShopper soared by as much as 23% this week already. Thursday saw the penny stock extend gains further to highs of $2.84 during the first hour of trading.

Considering that FPAY stock has made another 52-week high, will this momentum slow down or are shares set to move higher, still? After coming off of its strong Q3 earnings, the next wave of quarterly and annual results could be key to FPAY’s next move.

Penny Stocks To Buy [or Avoid] Below $3 #4 Tuesday Morning

Another stock that started to turn heads this week was Tuesday Morning (TUES – Free Report). The company released its fiscal second-quarter financial results on Wednesday. Tuesday Morning failed to meet analysts’ expectations with regards to many of the metrics. Furthermore, same-store sales dropped by as much as 3% in the quarter.

On the other hand, Tuesday Morning’s projections for the year proved to be positive. The company expects EBITDA to improve and capital expenditure to be in the $23 million to $26 million range. TUES stock has been in a freefall since the beginning of the year. With Wednesday’s session being the first green closing session since January 8th, does this represent a firm pivot?

The penny stock briefly traded higher on Thursday but most of the morning saw a slight decline. It will be interesting to see if this latest round of guidance will help push shares higher or if that was just an anomaly in its overall downtrend.

Penny Stocks To Buy [or Avoid] Below $3 #5 Riot Blockchain

Another penny stock under $3 that could be watched by investors is that of cryptocurrency company Riot Blockchain (RIOT – Free Report). The stock rallied significantly on Wednesday after the United States Securities and Exchange Commission concluded its investigation into the company.

The SEC has not recommended any action against Riot after the completion of its two-year investigation into the company. The turn of events proved to be a boon for RIOT stock, and it soared by as much as 7% on the back of the news. The price of bitcoin has rallied by more than 20% over the last 30 days.

This could be a key focus for companies like Riot that are in the thick of the cryptocurrency and blockchain arena. The blockchain penny stock extended gains on Thursday after hitting highs of $1.55 during the morning session.

Penny Stocks To Buy [or Avoid] Below $3 #6 Boxlight Corporation

The last penny stock on our list is Boxlight Corporation (BOXL – Free Report). Shares took off on Thursday after the company announced receipt of another investment from The Lind Partners. This time it was for $750,000 from the New York-based fund. This brings Lind’s total investment to $6 million in proceeds to the company. Phillip Valliere, managing director at The Lind Partners . “We are supportive of management’s vision and are committed to continue to support the company as their long-term capital partner.”

Furthermore, the investment is in the form of an $825,000 convertible note with a 24-month maturity, 8% APR and a fixed conversion price of $2.50 per share. Based on today’s price of $1.20, that’s a premium of more than 100%. Will this cash infusion and price per share of the investment be enough to boost sentiment for more than just a day? That’s something to keep in mind when figuring out if BOXL is a penny stock to buy or avoid right now. 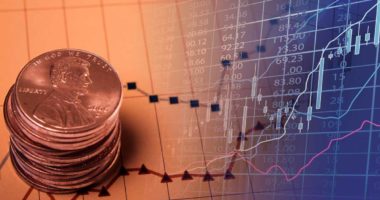 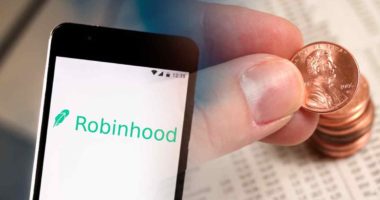 Looking for hot penny stocks in May? Check these 5 out 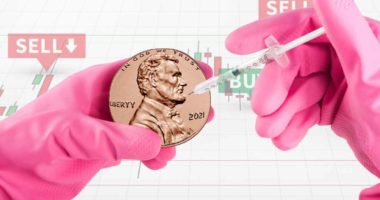 Short List Of Penny Stocks To Watch This Week 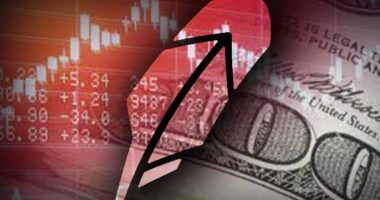 Trending Penny Stocks To Buy On Robinhood Under $3