Best Penny Stocks To Trade Next Week? 5 Names To Know

Will These Be The Best Penny Stocks To Trade Next Week?

At the end of each week, it’s always good to take inventory. When it comes to trading penny stocks, this involves analyzing the week you’ve just completed. It also takes into account a strategy for “next week.” Though many will wait until Sunday nights to do the final round of research before Monday, some traders will get a jump on the new week on Friday.

At the very least it gives them a chance to put together a preliminary list of penny stocks. Then when it comes time to finalize a strategy, you’ve already got a head start. To find some of the best penny stocks to trade, it’s important to align your list with your strategy.

For example, if you swing trade, you might not look at a certain penny stock’s 1-day trading volume. You’d likely search for an average daily volume over the course of a certain time period. You’re also probably likely to be searching for upcoming catalysts like corporate presentations and other fundamental events.

Then again, if you are scalping stocks, you’re probably looking at more technical indicators than you are fundamentals. Needless to say, it’s never a bad idea to be overprepared and Fridays can lend a hand to being more than ready for the next week. With that in mind, let’s take a look at a list of penny stocks that could be put on watch lists in the coming week.

How Do I Find Penny Stocks?

The next step is for you to determine if they are the best penny stocks to buy or avoid. As we’ve seen this week, some penny stocks that are performing “today” can quickly shift course due to anything from bad filings or a negative analyst report.

So, keep this in mind when you’re putting your list together. Just because adverse events happen, it doesn’t mean you were wrong in your thought process. But this is why we put together a list, analyze the market, watch a stock trade, then decide the best course of action.

Experienced traders won’t typically jump in head first, without first assessing what’s immediately in front of them and that takes into account the trading & news seen on the actual day they expect to make a trade. If bad penny stock news comes out on a stock you were bullish on, it may be best to completely avoid it, or at the very most, keep it on your penny stocks watch list to monitor for any new changes in the future.

This originally was one of the best penny stocks to buy back in December. When we originally reported on Nautilus Inc. (NLS – Free Report), shares traded around $1.60. Since then the penny stock has skyrocketed to highs of $3.20. At the time we began discussing the company, Nautilus had just appointed a new CFO to the company’s management team.

Furthermore, the attention that the company’s new line of products had received, heading into the holidays, helped boost sentiment. As a result, Nautilus has seen more accumulation. In a December 13-G filing, AIGH Capital Management showed that it had increased its stake in the company to 5.4%.

Thanks to this progress and added attention, NLS stock has attracted a bullish stance from certain analysts. SunTrust Robinson Humphry maintained a Hold rating on the stock. But before you start wondering what’s so important about that, let’s take a deeper look. The firm also increased its price target. For Nautilus, SunTrust Robinson Humphry boosted its target by 50% from $2 to $3.

Another familiar face, DURECT Corp (DRRX – Free Report) is a penny stock we’ve discussed since September of last year. Since then, DRRX stock has been nothing short of impressive. At the time we first discussed the company, shares traded around $1.95. At the end of 2019, the penny stock had reached highs of $3.95. Despite consolidating at the start of the year, DURECT stock still trades considerably higher than it did in September.

So why the pull-back and, second, what made it rally again? As with many small-cap biotech stocks, phase data isn’t only important but can become a massive catalyst. That goes for both breakouts and break downs. In this case, DURECT failed to demonstrate benefit over placebo in its trial of DUR-928; a plaque psoriasis drug candidate.

James E. Brown, President, and CEO of DURECT, “With the recently announced positive results from our Phase 2a alcoholic hepatitis trial, our focus moving forward with DUR-928, will be on completing the NASH trial in the first half of this year and initiating the Phase 2b AH trial in the middle of the year.”

So why the push recently? Something to keep in mind with biotech stocks, in particular, is that they present at many industry and investor conferences throughout the year. Additionally, things may or may not be revealed or reinforced at these presentations. We saw that the ASH conference last year was a big catalyst for companies involved in hematology.

On January 16, the company is slated to discuss its Class 2 NDA resubmission for POSIMIR® at a meeting of the Anesthetic and Analgesic Drug Products Advisory Committee. So at the very least, it’s something to keep in mind heading into the new week.

Shares of PAVmed Inc. (PAVM – Free Report) have been flying for the last 45 days or so. Back at the end of November, PAVM stock traded around $0.85. Shares have since rallied to highs of $1.64 this week. Unlike companies in the biotech sector that provide therapies, PAVmed focuses on medical devices. its CarrpX, for example, addresses issues related to carpal tunnel syndrome. It also has products to address precancerous conditions of the esophagus as well as pediatric ear infections, medical infusions, and vascular access.

Needless to say, PAVmed has noticeably moved up higher over the last few weeks. Though there hasn’t been much by way of news, the last update did include an important update. PAVmed said that its CarpX clinical safety study met its primary effectiveness and safety endpoints. It can now proceed with the finalization of clinical reports including diagnostic test results by a U.S. physician.

To follow this, the company reported that its subsidiary, Lucid Diagnostics announced the commercial launch of its EsoGuard esophageal DNA test. According to the company, “The estimated immediately addressable domestic market opportunity for EsoGuard is at least $2 billion based on very modest penetration of U.S. GERD patients currently recommended for BE screening according to published society guidelines.”

Next, Cyclacel Pharmaceuticals Inc. (CYCC – Free Report) focuses on therapies targeting phases of cell cycle control. It then applies it to serious diseases like cancer. Since the beginning o November, shares of the company have been on the move. At the time, CYCC stock traded around $0.34. This week the stock hit highs of $0.9799 on well-above-average share volume.

The last big update from the company came in December, however. Cyclacel announced that its CYC065 and Venetoclax demonstrated therapeutic potential and anticancer activity. This was demonstrated in patients with acute myeloid and chronic lymphocytic leukemia. Believe it. or not, the results were presented at none other than the “ASH Meeting.” Following the presented data, shares promptly spiked.

Of course, there was a bit of a pullback and some profit-taking. But after that brief period of consolidation, CYCC stock began climbing again. This week we’re looking at the company about a week before it presents at another conference. Next week the Biotech Showcase will go on in San Francisco from January 13-15. Cyclacel presents on the morning of the 13th, so this may be something to note heading into the new week.

If you look back in December’s article archive, you’ll see some mention of Cyclerion Therapeutics (CYCN – Free Report). Back on December 16, we first reported on this biotech penny stock when it was trading around $1.94. Since then, CYCN stock has been on a very consistent move up, hitting highs this week of $3.54.

At the time, Cyclerion had just presented at the Evercore ISI HealthCONx conference and though there wasn’t much of a response at the time, the company did start to turn some heads. It may have not been from the conference itself but what happened after. Chief Innovation Officer Andres Busch, President Mark Currie, CEO Peter Hecht, & CFO William Huyettt exercised options to up their stake in the company. If you look further into the CYCN filings, you’ll also see some insider buying activity at the end of December 2019 as well.

So what’s going on that could lead to the excitement around this penny stock once again? Remember what we’ve said about biotech stocks in the past. Look at old news that could give important future dates. If you look at the company’s December 23rd announcement, you’ll see that next week it will present at the J.P. Morgan Healthcare Conference.

Specifically, Cyclerion presents on Wednesday (January 15), so this could be a date to keep in mind not just for CYCN but for other companies that may be presenting at this conference as well. 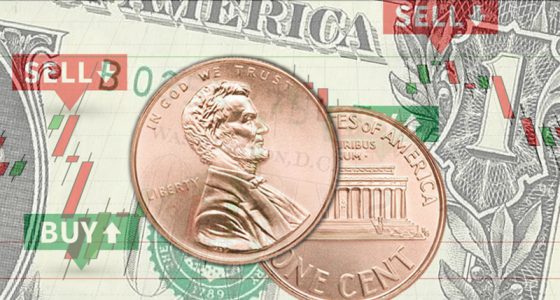 Are These 5 Companies On Your List Of Penny Stocks Right Now?… 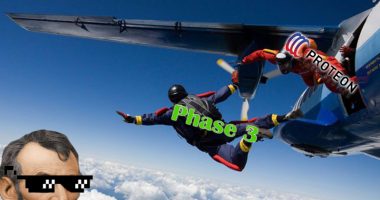 What Are The Top 10 Penny Stocks On Robinhood For December? When… 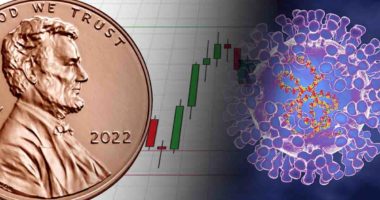 If you thought monkeypox was a fad, you might want to reconsider.…