Penny Stocks Could Rally In 2020; 5 To Watch This Month

Are Any Of These Penny Stocks On Your Watch List This Month?

This week we saw something pivotal in the U.S. economy that could set the tone for 2020. Wednesday saw Federal Reserve Chairman Jerome Powell said the central bank’s attempt to ease the financial markets was working. What’s more, was the Fed Chairman also cited the fact that he will keep benchmark rates in a range between 1.5% and 1.75%.

“The Committee judges that the current stance of monetary policy is appropriate to support sustained expansion of economic activity, strong labor market conditions, and inflation near the Committee’s symmetric 2 percent objective,” a post-meeting statement says.

So what does this have to do with penny stocks? It’s important to understand the macro and microeconomic conditions that the broader markets deal with. The reason for this is to understand potential money flow out of or into small caps.

Since rates are assumed to stay low well into 2020, investors thirsty for volatility may find solace in small caps. Case in point, micro-cap, and small-cap stocks have been riding high during the 4th quarter of 2019.

In fact, data collected by Jefferies suggests the same, especially after rate cuts. If you were to look at the information based on the performance of U.S. equities at different time horizons after a cut, the results are glaring.

Investment managers have also begun to agree with the argument in favor of small-caps. Palisade Capital Management’s Dan Veru simply says, “Small-caps could be the place to be. You’ve seen the underlying strength of the economy. If we do in fact get a trade deal, that’s going to make those more U.S.-centric companies much more exciting.”

Bloomberg also cited surveys of five strategists. The majority expect small-cap stocks to outperform in 2020. “We expect small caps to outperform large caps in the coming months as we shift from ‘Downturn’ to ‘Recovery’ in the U.S.,” said Jill Carey Hall, a Bank of America strategist. As many expect these smaller stocks to perform well, what better time than now to put together a starting list of penny stocks to watch?

One of the most consistently performing penny stocks to watch this year was Veru Inc. (VERU Stock Report). Shares of VERU stock have climbed from $1.39 to aftermarket highs on December 11 of $3. The company has upcoming earnings this week and reports both the 4th quarter and full-year financial results. Aside from this, the markets continue to await phase trial results of some of Veru’s pipeline therapies.

In October, the company announced full enrollment was achieved for its Phase 2 clinical study of zuclomiphene citrate. The therapy targets androgen deprivation hormone therapy in men with advanced prostate cancer. The treatment duration is 12 weeks and is being conducted across 24 sites.

The company’s CEO Dr. Mitchell Steiner is focused on big progress next year. “We remain on track for initiation of the Phase 3 clinical study in early 2020. Based on Independent market research sponsored by the Company, US peak sales for zuclomiphene citrate are estimated to be approximately $600 million per year.”

This is one of the penny stocks that has battled against lots of selling pressure for most of the year. However, during the past month, this pressure had reached a tipping point. Tonix Pharma (TNXP Stock Report) stock hit new 52-week lows of $0.86 on December 11. But oddly enough, this tipping point was twofold. Not only did the company hit this new technical level, but it promptly bounced back after big news aftermarket.

Tonix announced a new European patent for both the composition and formulation of its TNX-102 SL. This patent also is expected to give the company exclusivity until 2034. Seth Lederman, M.D., President and Chief Executive Officer of Tonix commented, “The issuance of this European patent is an important step forward in our efforts to broaden our intellectual property estate on a global basis for TNX-102 SL*.”

The drug itself is for treating myriad diseases. These include posttraumatic stress disorder, fibromyalgia, agitation in Alzheimer’s disease and alcohol use disorder. The company’s therapy is currently in Phase 3 RECOVERY trial in PTSD with interim analysis expected early next year. Based on the fact that this news came after the closing bell, it could become a catalyst moving forward. That’s something to keep in the back of your mind during the month when it comes to TNXP stock.

Next on the list, Option Care Health Inc. (BIOS Stock Report) was an interesting penny stock to watch on Wednesday. At first glance on the daily chart and it would appear BIOS stock trades in a sideways trend right now. However, a closer look at the intra-day chart shows big trading volume and price movement coming into the stock during Power Hour on Wednesday.

So let’s go through the checklist starting with share structure. Is BIOS a low float stock? Well, over 100 million shares wouldn’t file this penny stock in a list of low float stocks. Next, was there any late-breaking news today? The answer there is also a “No.” So let’s look at the filings and we see a slew of Form 4’s showing insider activity.

It looks like several insiders exercised stock options to up their stake in the company. Aside from this, there weren’t any other glaring updates buzzing about the stock. Needless to say, this surge is something to note and likely to attract some attention at the very least. Will that translate into a continuation move? That’s yet to be seen.

The next one on the list, Neon Therapeutics, Inc. (NTGN Stock Report) saw a strong week this week and Wednesday’s session was no different. Shares of NTGN stock rocketed to highs of $1.40 on one of its highest trading volume days of the 4th quarter. Since the beginning of the week, this penny stock has managed a rally of more than 30%.

Similar to a few of the penny stocks in this article, Neon also had a lack of news. In addition, there haven’t been any new corporate filings since November.

The clinical-stage biopharmaceutical company appears to have benefited from biotech industry momentum this week. Look at shares of the IBB ETF and you’ll quickly see that there’s a growing interest in biotech issuers this quarter.

But you can’t ignore the fact that Wednesday’s trading was above and beyond the norm. Without any obvious news or filings, what could be driving this momentum beside the market? This is something that I’m sure others would like the answer to as well, which is why this could be a penny stock to watch this month.

Last on this list of penny stocks, Tocagen Inc. (TOCA Stock Report) caught a. nice gust of trading momentum late in the day on December 11. Shares traded flat for 6 hours before boiling over during Power Hour On Wednesday. TOCA stock also saw the majority of its 2.496 million shares trade during that period as well.

Was there some huge announcement made? Possibly a big corporate filing? No on both accounts. After missing on its Phase 3 endpoints, shares of the biotech penny stock tanked this quarter. But there could be some light at the end of the tunnel as we’re seeing in the market.

In a press release, Marty Duvall, CEO of Tocagen said, “We have conducted a thorough analysis of the Toca 5 data and a subgroup of patients appear to benefit from treatment with Toca 511 & Toca FC. We have submitted the data to FDA and anticipate providing an update once we have more clarity on potential next steps for our recurrent brain cancer program.”

Could this be the lead-up speculation or is TOCA stock simply moving on market momentum? I guess we’ll have to see how this unfolds later in the month or at least this week. 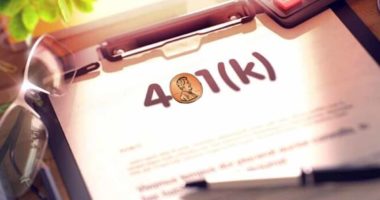 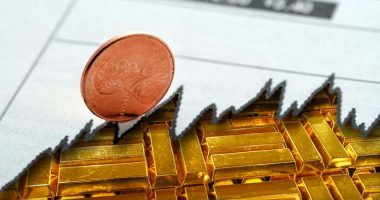 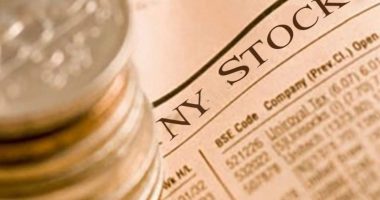