5 Penny Stocks to Buy Before Next Month?

Just a day after the market hit record highs, stocks traded lower on Wednesday morning. Leading up to the Fed’s last day of meeting this month, concerns still persist over a rate decision. Even as the fed decreased rates again, it explains there are no plans to hike until inflation increases. Thanks to this uncertainty, markets remain volatile and that could be good for penny stocks.

In fact, for traders of small-cap stocks, it’s just another day at the office. There are thousands of penny stocks in the market, that’s a given. But if an investor is interested in buying them, then they’ll need to do some research as well. The attraction for penny stocks is quite understandable.

These stocks generally trade below $5. Therefore, an investor can pick those stocks up in bulk. While 1 share of Facebook costs over $180 a share, you can buy 100 shares of a penny stock trading at $1.80. The difference? It’s got everything to do with price movement. Once the price moves in the right direction, an investor can make a handsome profit from even a small change.

The Power Of Penny Stocks

However, one must track the market closely if your goal is making a profit from penny stocks. Just as quickly as these cheap stocks can increase, they can also fall. This is where volatility plays a big role. Some penny stocks rally big within a single day while others continue on for weeks or even months. With this in mind, here is a look at five stocks that could be on investors’ penny stock watch lists heading into November.

The first penny stock to consider is biotech company Agile Therapeutics (AGRX Stock Report). The company tanked this week thanks to some less than favorable results. However, this may be a signal to take a closer look. We’ve discussed penny stocks to watch at 52-week levels. In this case, AGRX hit 52-week lows. But what was just announced could signal positive sentiment for the company and I’ll explain.

The company just announced a positive outcome from its meeting of the Bone, Reproductive and Urologic Drugs Advisory Committee (BRUDAC) of the U.S. Food and Drug Administration (FDA). What does that mean in layman’s terms? The BRUDAC voted in favor and agreed that the benefits of Agile’s Twirla (AG200-15) in the prevention of pregnancy outweigh the risks to support approval.

Further to this, the FDA has assigned a “Prescription Drug User Fee Act” goal date of November 16, 2019. This is for the completion of its review of the Twirla (AG200-15) NDA. If anything, this event is something to take note of especially considering that there could be more to watch as the November 16th date approaches.

The other penny stock that rallied significantly this week was that of energy company Transocean Ltd (RIG Stock Report). The company released its earnings for the third quarter on Tuesday and the stock rallied after the company’s revenues managed to beat analysts’ expectations.

The revenues stood at $784 million, which managed to exceed expectations by as much as $10.4 million. Although the net losses stood at $234 million, the company’s revenues seemed to have fired up the stock. At one point, the Transocean stock rose by as much as 14.4% but it ended the day with gains of 8%.

President and Chief Executive Officer Jeremy Thigpen said, “Driven by strong uptime performance across our global fleet, we delivered revenue efficiency of 97%, resulting in an Adjusted EBITDA Margin of 29%.”

As discussed in previous articles, 52-week lows are bad for those who bought before. But some penny stocks can attract attention at record or annual lows. In this case, Capstone Turbine Corporation (CPST Stock Report) may be a beneficiary of this (for now). Shares of CPST stock hit 52-week lows of $1.88 on October 29. Since then it has reversed course to highs of $2.29 thus far.

[Penny Stock Basics] What Are Penny Stocks And Are They Worth Buying?

The company manufactures microturbine energy systems. This week Capstone announced significant news that could have acted as an initial catalyst for the latest move. The company reported that it has secured its first offshore oil and gas order in India. The order was for 2 of its C65 microturbines for use in the Arabian Sea.

“As India’s demand for primary energy increases over the next several years, we look to capitalize to the fullest of our ability on this enormous opportunity by growing our product offerings into this rapidly evolving market,” said Darren Jamison, Capstone’s President and Chief Executive Officer.  Can this move continue into November?

One of the more familiar faces on the list of penny stocks has included Delmar Pharmaceuticals (DMPI Stock Report) throughout October. Shares of the pharmaceutical penny stock have steadily climbed ever since hitting fresh 52-week lows earlier this month. A few events have happened that could suggest positive catalysts at work.

First, a few days ago the company announced that it would present at the Dawson James Small Cap Growth Conference on the 29th. Though the presentation is slated for after the market close, the company will be presenting to investors.

It just so happens that it will present after announcing new results will be displayed later in November.  Its poster presentations on the Phase 2 clinical trials for Delmar’s VAL-083 will be seen at the 2019 Society for NeuroOncology Annual meeting on November 22.

It goes without saying that any favorable outcome of these presentations could be positive for the company itself. A negative outcome could result in the opposite. For now, DMPI stock has consistently traded higher over the last few weeks. Could it continue this rally through next month?

Another company finding its way on lists of penny stocks right now includes Himax Technologies (HIMX Stock Report). Similar to some of the others on this list, the company has announced upcoming events that could bring rise to some speculation in the market.

With the case of Himax, the company is approaching its 3rd quarter earnings reveal. This comes on November 7 along with the corporate conference call to follow.

Over the last few months, shares of HIMX stock have steadily risen from 52-week lows of $1.70. Heading into the rest of October, Himax has traded above $2.30 a share. The company itself supplies and manufactures semiconductor products. If you’ve watched the news lately, this has been a key sector of focus for a few reasons.

Mainly, machine learning and artificial intelligence have received much more attention. Additionally, the move toward 5G-connectivity placed a brighter spotlight on semiconductor stocks this quarter. Will earnings reveal a strong quarter or will speculation be the only thing to drive this latest move?

To buy penny stocks without using a physical broker, you can start by opening up an online account with any internet-based brokerage. This includes brokers like Robinhood, E-Trade, TD Ameritrade, and others so that you can monitor stocks on your own. You can then use this online account to place your trades to buy penny stocks then sell when you profit.

Keep a few things in mind. This is your responsibility as a self-directed investor: manage risk appropriately. Penny stocks trade less frequently than blue-chip stocks. Based on this, it could be harder to sell shares after you buy them. Like other investments, don’t invest more than you can afford to lose. So, it’s important to do your research before risking your hard-earned money on a stock you may know very little about.

You’ll read a lot on this site about how to look beyond news headlines. As we’ve found, positive news can mask negative corporate filings. So as you look at press releases, also check for recent corporate filings. These can reveal insider buys or sells, corporate actions, capital raises, and more.

Even though a company raising money may be good because it helps push the business forward if the money is raised at a steep discount it could leave retail investors at a large disadvantage too. Filings will help you see the specifics of each deal.

When it comes to certain penny stock brokers, you should look at things like trading fees, margin access, interest on the money you don’t invest, and other benefits of a broker before making a decision. Here is a list of 10 penny stock brokers that people use to buy cheap shares (listed in no particular order of importance):

E-Trade has been in the game since 1982 and was one of the first brokers to emphasize virtual trading. The company’s E-Trade PRO platform allows clients to access dynamic web tools like charts and trading signals.

ThinkOrSwim (TOS) is TD Ameritrade’s free online platform for its clients to use. Where E-Trade charges users or requires a certain number of trades placed, TOS is free. TD Ameritrade was founded in 1971 and actually introduced the first “quote and order entry system” via a touch button telephone.

One of the newer kids on the block, Robinhood has become wildly popular among millennials. Originally set as the only commission-free platform, clients use a mobile app to buy and sell a stock. It has since started a movement of commission-free trading to be offered by some of the biggest online brokers out there.

This is another commission-free, app-based platform that has attracted millennial penny stock traders. Like most brokers, it does, however, charge interest on margin accounts. So be aware of “hidden fees” from “free penny stock brokers” when it comes to applying.

Also formed in 1971, Charles Schwab operates 4 main divisions. These include investing, wealth management, banking and trading. Similar to E-Trade and TD, Schwab also offers clients a dynamic view of the markets. It does this through an attractive application for accessing charts and other technical tools.

One of the more popular brokers among traders outside the US, Interactive Brokers has made a point to attract users with low fees and high interest on cash left over. It also allows clients easy access to global markets.

TradeStation is a more simplistic trading set-up compared to the likes of E-Trade, TD, and Schwab. It was founded in 1982 and is one of the few online brokers that allow the purchase of Pre-IPO shares in certain cases.

Originally pegged as an “award-winning trading software,” TC2000 has become a “go-to” for many day traders. Custom scans, user-created charting, and lower trade fees allow clients to get a unique view of the market.

One of the first internet-based banks, Ally continues to evolve with its take on web-based trading. ALLYInvest gives clients simple charting software and the ability to buy and sell stocks with commission-free trading on certain stocks.

Similar to TC2000, Lightspeed gives clients low-cost access to trading. Most fees are less than $0.01. It was initially built as a dynamic trading tool for investors to use. It also allows users the ability to customize anything from chart set-ups to which market maker they want to route trades through.

There are, of course, other penny stock trading platforms out there. Many of these are niche, however, this list of penny stock brokers above shows some of the more popular brokers among traders who want to buy penny stocks. 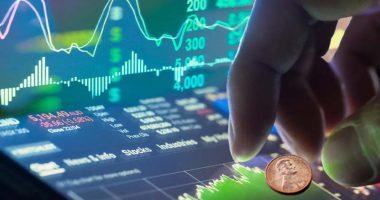 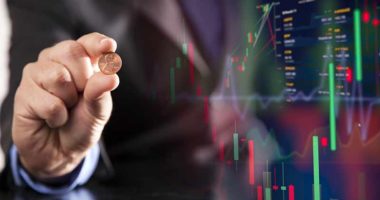 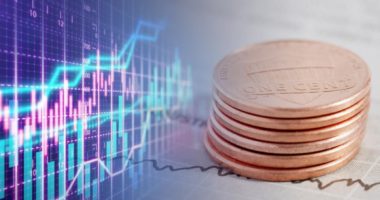 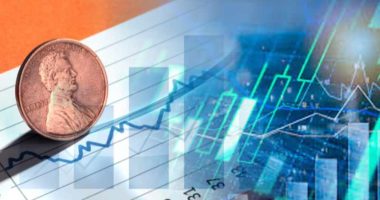 Top Penny Stocks To Take A Look At Before The Weekend