Over the years the biotech sector has been one of the top sources of high growth stocks. So, it’s expected to continue to offer up such great opportunities in the future. Biotech and healthcare can see incredible volatility due to the nature of the businesses involved. So if you’re looking for the highest volatility, penny stocks may be the initial focus.

Considering the fact that biotech is a sector that is growing fast, there are likely to be plenty of smaller companies that are going to go on to become large operations. There are going to be cheap biotech stocks as well which have generated huge returns in the past. For this reason, investors continue to keep a close eye on these “life-changing” companies.

Today it still trades around $60 a share. There weren’t any reverse splits to take it there either. Just execution on its business plan. With this in mind, here are three biotech stocks that gained significantly in the month of October and may be ones to watch before November

This has been a “sweetheart” intra-day mover over the last few sessions. One of the biggest gainers among biotech penny stocks in October was BioNano Genomics Inc (BNGO Stock Report). It is a life science instrumentation firm and last week, it made the announcement of a major deal. One of the better-known products from Bionano is the Spahyr platform, which is meant for genome imagine.

On October 16, the company announced that the University of Iowa and PerkinElmer Genomics have decided to start using the Saphyr platform in their genome laboratories. It is, without a doubt, significant development and the market felt so as well. Since the announcement, the stock has zoomed and has gained as much as 250%.

However, to start the week, BNGO stock has eluded investors following its latest announcement. The company announced a cash raise of $18 million at a price of $0.86. So of course shares dropped hard during premarket trading. Can BNGO stock recover or is it going to remain a true penny stock for a while?

The other biotech penny stock that recorded impressive gains in October has been that of Ocugen Inc (OCGN Stock Report). Previous to becoming Ocugen, we reported on this penny stock when it was known as Histogenics back in September. It was one of the 5 penny stocks to watch under $1.50 at the time. Since Ocugen acquired Histogenix, a lot has happened.

Earlier this month, the company announced that it was going to buy back its stock from investors. This has resulted in impressive trading activity in the stock. Ocugen stated that it could buy back as much as $2 million worth of stock in the company. The announcement resulted in a significant move for OCGN stock throughout the course of the month.

Ocugen shares have gained as much as 123% since the announcement. It is definitely one of the stocks to watch out for at this point in time. Where do you think shares will end up by the close of the month?

Finally, AzurRx BioPharma Inc (AZRX Stock Report)has also recorded excellent gains among biotech penny stocks this month. Much of its gains were generated within the last week. The company announced that its cystic fibrosis treatment product MS1819-SD is underway and the first set of patients has been administered the necessary dosage.

It is an important development and helped push AzurRx stock last week. Over the last few trading sessions, AZRX has also climbed by as much as 123%. “We are very pleased with the support of the CFF DSMB to proceed with a new study using a higher 4-gram dose of MS1819-SD. The safety profile of MS1819 at the 2-gram dose in both the Phase 2 study in chronic pancreatitis and Phase 2 OPTION trial in cystic fibrosis has been excellent, with no reported serious adverse events,” said Dr. James Pennington, Chief Medical Officer of AzurRx. 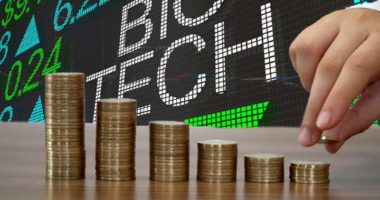 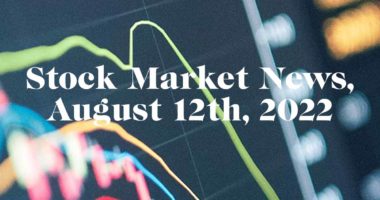 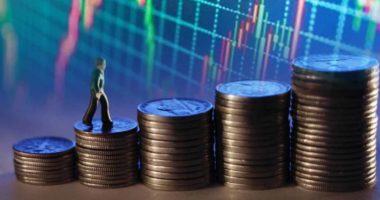 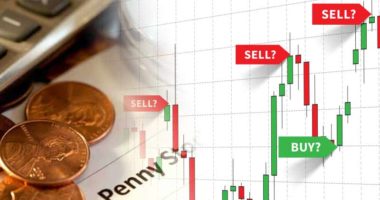 4 Biotech Stocks To Watch In October 2020