Day in and day out we talk about the definition of a penny stock. According to the SEC, the upper limit is $5. Ask most retail investors, they’ll tell you $1 is the threshold. No matter where you stand on the topic, you can’t argue that penny stocks are just cheap shares in general.

How cheap you want to consider them is a personal preference (up to $5). Regardless, both new and experienced investors alike flock to these things because of the huge upside that their volatility offers.

Where else can you invest $1000 one day and the next, the position is worth double or even triple that? You won’t typically see that with blue-chip stocks. But with penny stocks, this isn’t an uncommon occurrence.

Given the fact, however, you can’t just “put money in and win” without doing research. This isn’t the lottery and luck shouldn’t play a role in your investment strategy. Just my opinion but I’m not an advisor so you do whatever you feel like.

This having been said, many are on the hunt for the next big penny stock to breakout. Earlier this week we saw one jumped from under $1.40 to as high as $13 during premarket trading.

That’s 7.5x someone’s money within 24 hours; not bad. But today we’re taking a look at some penny stocks that are REALLY penny stocks. These aren’t just cheap stocks but ones that can be bought for well under $1.

It’s safe to assume that the lower the stock price, the higher the risk. This isn’t namely “market risk” per se but price risk on the surface. Consider the fact that a $0.30 stock only needs to move up 3 cents to equal a 10% gain and it’s not hard to see how things could go south quickly on a very small price move.

In these cases, there should be a stringent plan in place. Understand why you’re buying these penny stocks and stick to a strategy that will not only help you profit but avoid risk and preserve capital if things go wrong.

Penny Stocks To Buy For Under $0.90: Golden Bull Limited (DNJR)

Believe it or not, Golden Bull Limited (DNJR Stock Report) is the most expensive penny stock on this list at $0.70. The company is a peer-to-peer lending company in China offering a marketplace for short term loans. A few weeks back the company received a non-compliance letter from NASDAQ for not meeting the minimum bid price of $1.

It’s been a tough year in general for the FinTech company. Funny to think but in February, shares were trading above $13. Now, after hitting fresh 52-week lows in September, DNJR stock has slowly begun to climb back. It’s also seen noticeably higher average daily volume this month.

On October 15, the stock saw its second-highest share volume day ever with more than 1.6 million traded. It also managed to hit highs of $0.84 before closing at $0.70. Will this China-stock make it’s way back above $1 to get back in the good graces of NASDAQ?

Coming in as the second-highest priced stock on this list, Ascena Retail Group, Inc. (ASNA Stock Report) closed just shy of $0.51 on Tuesday. Shares of the clothing retail company closed at its high of the day and rounded out a multi-week bull run. You may have not heard of the company itself but its brands are well-known. Ascena is the parent company for clothing retailers like Ann Taylor, LOFT, Lou & Grey, Lane Bryant, Dressbarn, and Justice. When someone says penny stocks are just start-up companies, just remember: They’re wrong.

Needless to say, ASNA stock has been on fire since hitting 52-week lows of $0.20 in September. So why the turn-around? There’s no apparent news recently but attention seems to be on what was said on an earnings conference call. Interim Executive Chair Carrie Teffner proudly stated that the company won’t be filing Chapter 11.

“The company continues to consider options to optimize its balance sheet and liquidity from a position of strength,” she said on the call, according to a FactSet transcript. “[T]o be clear and for the avoidance of doubt, the bankruptcy of Ascena is not one of the options being evaluated.”

Here’s something to keep in mind, however. On October 15 a PRE 14A filing came out that detailed certain topics to potentially be covered in a shareholder meeting. The meeting date is slated for December 10th and will cover, among other things, a vote on a reverse stock split. Whether that will be good or bad for shareholder will depend on several factors, however with the meeting still months away, there’s still a lot of time to let that simmer. For more information on this filing, head over to the ASNA stock profile and look at the SEC filings, here.

The first of two penny stocks Robinhood traders can’t buy, Superior Energy Services, Inc. (SPNV Stock Report) garnered attention this month. It has been one of the penny stocks we’ve followed in October. The company focuses on, you guessed it, energy services. Mainly, Superior specializes in oilfield services. SPNV stock has been on the move since the tail-end of September. Generally speaking, things have been relatively quiet for the energy penny stock.

As with other companies within the oil and gas sector, SPNV has benefited from the recent bull trend. Earlier in October, the company authorized a new share repurchase program where the company can buy back up to $15 million in common stock. In this case, I would continue to watch the SEC Filings tab on PennyStocks.com SPNV profile page to see if and who is buying back stock.

To save you some trouble, there is a slew of FORM 4 (insider trade forms) as well as 13D and 13G Schedules (beneficial owners of the company due to position size). In addition, the company will be releasing its quarterly financials on November 5 so there’s likely a lot of things to take into account with this company.

Weighing in at $0.325, Advaxis, Inc. (ADXS Stock Report) is a penny stock Robinhood traders have access to. Unlike some of the others on this list of penny stocks, ADXS stock hasn’t been overly bullish. But a recent bullish volume trend lands it on this list. The company develops immunotherapy treatments. Over the last 9 months, it’s been rough. Shares of ADXS stock once traded above $10 but now are under $0.40.

However, recent developments seem to have acted as catalysts for the biotech penny stock. First, the company announced survival data from its Phase 1/2 KEYNOTE-046 study. Based on the data, it showed a “meaningful increase in median overall survival for patients in the combination arm of the KEYNOTE-046 study.”

The company’s President and Chief Executive Officer, Kenneth A. Berlin, said, “We believe that ADXS-PSA in combination with KEYTRUDA® has the potential to be an important new treatment option for patients with advanced metastatic, castration-resistant prostate cancer, which based on these data, warrants further evaluation.”

In addition, Advaxis reached a collaboration deal with UCLA to do its preclinical studies to look at the Company’s listeria monocytogenes technology. The focus will be on mice with certain tumors.

This company has been written about a few times in the past: Click here and here. Clancy Systems International, Inc. (CLSI Stock Report) is the second of the penny stocks Robinhood traders can access on this list. The company has been relatively shrouded in mystery but recent updates to its financial could shed a bit more light on the penny stock. For starters, any stock listed on the OTCMarkets website with a “Stop Sign” raises red flags.

Typically this means that a company has neglected to file disclosure statements for quite some time and it may not be up to date with its payments to OTCMarkets listing service. Despite this, it appears that the company has made efforts to remedy the situation as statements were filed at the end of September.

Since there have been zero news releases, all we have to go off of are its financial statements to see what’s going on with this penny stock. A quick glance shows that Clancy is an old company and has been around since 1984. It’s in the business of parking ticket-writing systems and documents also show the company does Internet payment remittance.

Beyond that, we know that as of now, CLSI shows 800 million shares authorized and a little over 213 million outstanding. At the end of the day, it’s still yet to be seen what this company will do but even so, shares are up sharply with volume trending above-average this week. And at under $0.10 it’s the cheapest penny stock on this list right now.

What Stocks Are Penny Stocks?

A penny stock is a small company’s stock generally trading for under $5 per share. Though there are some penny stocks trading on large exchanges as we saw here (such include the New York Stock Exchange & NASDAQ) most penny stocks will trade over the counter or “on the OTC”.

I touched on this a little at the beginning, this is along the line of the Security And Exchange Commission’s definition of penny stocks. Many retail traders will argue that the true definition of a penny stock is a stock that is trading under $1 per share.

But there are other stocks out that that actually trade below $0.01. These are called “sub-penny stocks” and when you talk about risky, you’re really in a different dimension with these types of penny stocks. Where a few pennies can mean 10-30% for “regular” penny stocks, it only takes tenths of a penny to see the same. This holds true for bullish and bearish moves.

If you’re looking to get started with penny stocks, take a look at a few articles about some of the ins and outs: 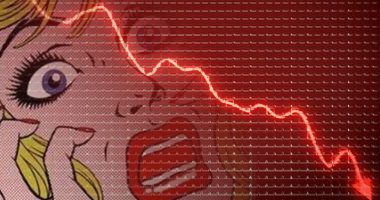 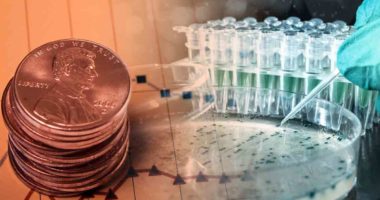 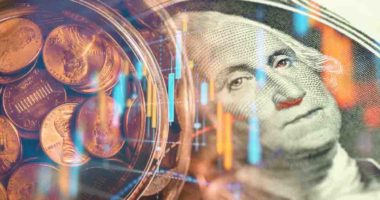 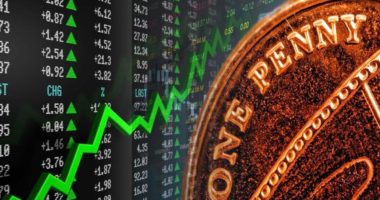 Which penny stocks are investors watching this week? Here’s 3 for your list