Billionaire Li Ka-Shing is the biggest outside investor in healthcare penny stock Well Health Technologies Corp. (WELL Stock Report). Shares have since doubled at the healthcare startup. It is unexpected for Hong Kong’s richest man, Li Ka-Shing to invest in penny stocks. But the Vancouver based startup has attracted his attention.

This penny stock is in pursuit of modernizing family clinics. Its goal is to bring Canada into the digital era by acquiring clinics and electronic medical records providers. Since Li Ka-Shing’s investment in the healthcare penny stock, shares have doubled. Well Health is one of the top performing health care stocks in Canada right now as well.

Li’s other investments include a cancer drug developer and a company holding the patent for a chemical that purportedly defies age. Well Health is the more prestigious investment for Ka-Shing as Canada’s healthcare system provides free, tax-funded medical treatment for all.

The downside of Canada’s healthcare system being free is that it is the least digitized system. It actually scores the worst out of 11 high-income nations including the U.S. This was in a 2017 study by the Commonwealth Fund. Its lower than average adoption of medical technologies allows for paper folders to be the norm. Meanwhile, online patient portals do not exist and people continue to wait hours in the waiting room.

Most analysts have “buy” recommendations on Well Health. That’s because it’s now Canada’s third largest provider of electronic medical records. The company services more than 850 clinics. WELL stock holds could hold potential and some believe it is undervalued.

Li has made the majority of his money by investing in Horizon Venture’s which was an early backer of Facebook Inc., Spotify Technology SA, and Siri. Horizon Ventures has put funds into Well Health while Li bought C$500,000 in convertible bonds through a holding company in June. After Shahbazi, Li is the second biggest investor owning 11% of outstanding shares.

Well Health traded 96 cents last Wednesday for a market value of C$93.5 million in Toronto. Well Health will continue to expand as they seek more ambitious roles by developing telemedicine. CEO, Shahbazi explains, that there is “a clear, irrefutable trend across the world in that there’s a growing number of patients for a not-growing-as-fast-enough number of physicians. So, in an environment where not everyone’s going to have a family doctor to provide long-term care, the equalizer is technology.”

Like This Article? Check Out Can You Make Money With Penny Stocks? This One Delivered 3,067% 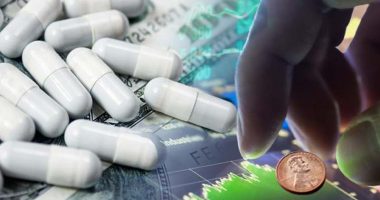 3 Penny Stocks To Watch With Consistent Uptrends; But Are They A Buy?